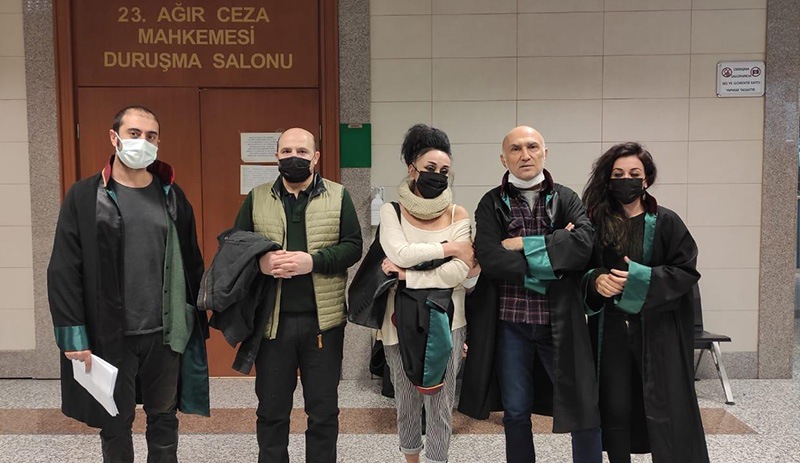 A Turkish court on Monday handed down suspended sentences to four journalists and human rights activists who were tried on charges of terrorism for guest-editing Özgür Gündem, a now-defunct newspaper that had focused on Kurdish issues, and campaigning against efforts to censor it in 2016.

In August 2016 a court ordered the interim closure of Özgür Gündem for alleged links to the outlawed Kurdistan Workers’ Party (PKK), spreading “terrorist propaganda” on its behalf and waging a war against the state. The daily, which was known for its pro-Kurdish editorial line, was eventually shut down in 2016 by an emergency decree-law adopted by the government in the aftermath of a failed coup in July 2016.

The last hearing of the trial took place at the İstanbul 23rd High Criminal Court on Monday.

Lawyer and human rights activist Eren Keskin, the daily’s co-editor-in-chief, and two other executives of the daily, İnan Kızılkaya and Kemal Sancılı, were given suspended sentences of six years, three months on charges of terrorist organization membership, while the daily’s other co-editor-in-chief, Zana Bilir Kaya, was given a suspended sentence of two years, one month on charges of disseminating the propaganda of a terrorist organization.

Keskin, who is also the co-chairperson of Turkey’s Human Rights Association (İHD), expressed surprise over the verdicts on Twitter.

“I have been in the human rights movement for 30 years. I have stood trial many times and have been jailed many times for my views. But I have for the first time been sentenced on charges of terrorist organization membership. Six years, three months. I’m not going anywhere. I am here,” tweeted Keskin.

Turkish prosecutors launched investigations into 37 journalists, academics and activists for acting as “editors-in-chief on duty” for the Özgür Gündem daily in 2016. The intellectuals and press freedom activists launched the campaign in solidarity with the newspaper, which was under heavy government pressure, between May 3 and Aug. 7, 2016.