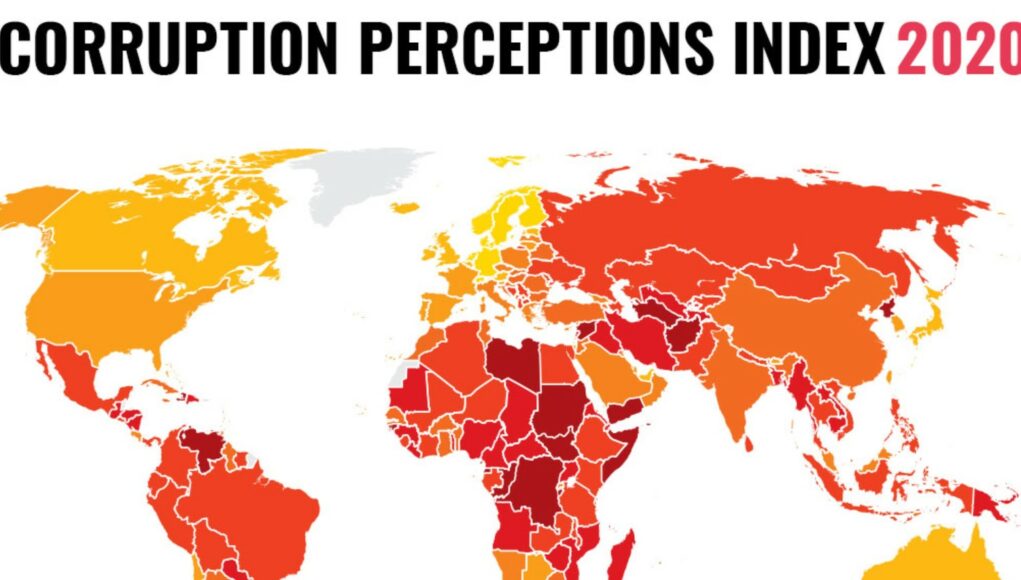 Turkey, among all other countries studied, has seen the biggest decline in Transparency International’s Corruption Perceptions Index (CPI), dropping 32 places since 2012, the Stockholm Center for Freedom reported, citing data released by the corruption watchdog on Thursday.

The country currently ranks 86th out of 179 countries on the list topped by Denmark and New Zealand, according to CPI 2020. Turkey is ranked lower than such countries as Burkina Faso, India and Morocco and is right above Colombia and Ecuador. The country scored 40 on a scale of 100, with 88 the score received by the top performing country and 12 the worst (Somalia and South Sudan).

Back in 2012, Turkey had ranked 54th in the index together with EU member states Latvia and Czech Republic. 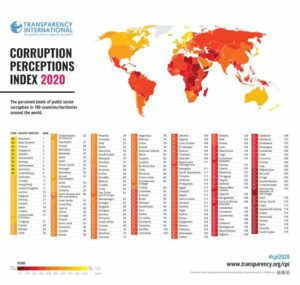 According to the watchdog, some political leaders used the crisis to increase their power, add restrictions to already limited access to information, eliminate transparency requirements from public procurement rules and renounce public accountability mechanisms.

Bilici says Erdoğan’s transformation began with the outbreak of the Gezi Park protests in May 2013 and a sprawling corruption investigation six months later. “Both caught Erdoğan and his family red-handed and unshackled his most authoritarian impulses to save his political skin,” Bilici said. “But the corruption scheme he cleverly built over time seemed to have played the main role in his increasing authoritarianism, and the 2013 probe only accelerated this.”

In fact Transparency International’s study can be considered proof that the country’s backsliding started in 2013.

A series of corruption investigations in December 2013 had implicated then-Prime Minister Erdoğan, his family members and inner circle. Dismissing the investigations as a coup waged by the Gülen movement and conspiracy against his government, Erdoğan designated the movement as a terrorist organization and began to target its members. He locked up thousands including many prosecutors, judges and police officers involved in the investigation.

Some of the claims that were part of the corruption investigations were later substantiated in a New York court where Turkish banker Mehmet Hakan Atilla was sentenced to 32 months for conspiring to violate US sanctions on Iran and other offenses.

The Gülen movement is a faith-based group inspired by Muslim cleric Fethullah Gülen. They deny involvement in any terrorist activity or wrongdoing.