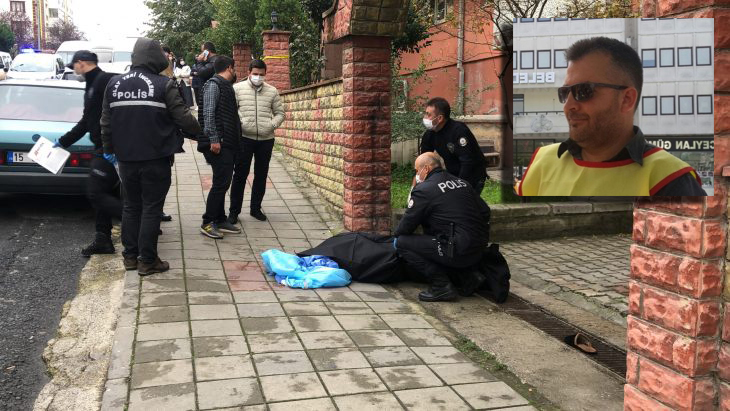 A teacher who was fired by a government decree in the aftermath of a failed coup in Turkey in July 2016 was reinstated two months after he died, according to a report in the Evrensel daily.

Mehmet Nasır Sönmez was one of the more than 130,000 civil servants who were purged from their jobs through controversial government decrees under a state of emergency (OHAL) on the grounds that they had links to “terrorist organizations.” He was a member of the the left-wing Education and Science Workers’ Union (Eğitim-Sen).

Sönmez, who was a teacher of Turkish language and literature as well as vice principal of a high school in Tekirdağ province, died on Nov. 7, 2020 after he fell from the balcony of his fifth-floor apartment.

The teacher had been fired by a government decree issued on Feb. 7, 2017. Sönmez challenged his removal at the OHAL Commission, set up by the Turkish government to examine complaints from individuals who were adversely affected by government decrees during the state of emergency. The commission recently made a decision in favor of Sönmez, allowing him to return to his job.

The Tekirdağ branch of Eğitim-Sen issued a statement following the OHAL Commission decision on Sönmez, saying: “It has been a problem for all of us. The OHAL Commission ruled for reinstatement. We cannot be happy about this. We are questioning it. Justice delayed is justice denied.”

In a similar development in February 2018 teacher Gökhan Açıkkollu, who was tortured to death while in police custody in the wake of the coup attempt, was found innocent one-and-a-half years later and “reinstated” to his job.

The official document for Açıkkollu’s reinstatement was delivered by the principal of his former school to Açıkkollu’s wife, who had also been dismissed from her job as a teacher by a government decree.

In another incident, Mustafa Nacaroğlu, an accountant who was also fired from his job by a government decree, was reinstated one year after he died in a traffic accident in January 2018.

Both Açıkkollu and Nacaroğlu had been removed from their posts due to their alleged links to the Gülen movement, accused by the Turkish government of masterminding the failed coup on July 15, 2016. The movement strongly denies any involvement in the failed putsch.