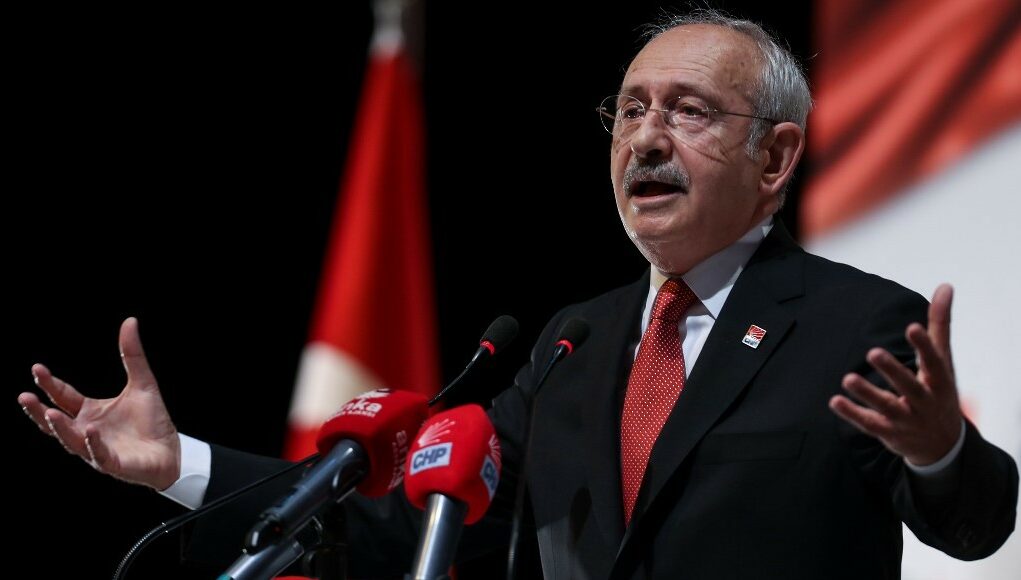 Turkish President Recep Tayyip Erdoğan has filed a lawsuit against Kemal Kılıçdaroğlu, chair of the country’s main opposition party, seeking TL 1 million ($133,000) in damages for a comment referring to Erdoğan as the “so-called president,” according to Turkish media reports.

Erdoğan’s lawyers also filed a criminal complaint against Republican People’s Party (CHP) Chairman Kılıçdaroğlu with the Ankara Chief Public Prosecutor’s Office on Monday due to remarks he made in a speech on Sunday.

Kılıçdaroğlu made the comments that angered Erdoğan and his ruling Justice and Development Party (AKP) at a news conference in the Turkish Parliament on the occasion of the Working Journalists’ Day, marked on every Jan. 10 in Turkey.

In his speech Kılıçdaroğlu complained about increasing government pressure on media outlets and journalists in Turkey and criticized Erdoğan for recent remarks that targeted the anti-government Sözcü daily.

“I don’t read Sözcü. Nobody else should waste their money on that newspaper, either,” Erdoğan told reporters last week when asked about a recent Sözcü report on developments in Turkey in 2020.

In its report Sözcü included the conversion of the Hagia Sophia museum into a mosque as one of the significant developments of 2020, but pro-government media outlets accused the daily of presenting it as a disaster because the report’s headline was “Disasters and tears came out of 2020.”

“What kind of a democracy and media are they [the government] trying to create? If the so-called president of a country in the year 2020 is directly targeting a newspaper and saying, ‘I don’t read that newspaper, don’t you buy or read it, either,’ think about the [government] tutelage and the pressure on the media there,” Kılıçdaroğlu said on Sunday.

Kılıçdaroğlu’s remarks drew harsh criticism from the AKP, with many party officials calling on him to apologize to Erdoğan. AKP spokesperson Ömer Çelik went as far as to say that Kılıçdaroğlu’s words represented a pro-coup mentality.

According to a statement from Erdoğan’s lawyers, Kılıçdaroğlu violated Article 299 of the Turkish Penal Code (TCK), which deals with insults of the president. Whoever insults the president can face up to four years in prison, a sentence that can be increased if the crime was committed through the mass media, according to the TCK.

Thousands of people in Turkey are under investigation, and most of them are under the threat of imprisonment, over alleged insults of President Erdoğan. The insult cases generally stem from social media posts shared by Erdoğan opponents. The Turkish police and judiciary perceive even the most minor criticism of Erdoğan or his government as an insult.