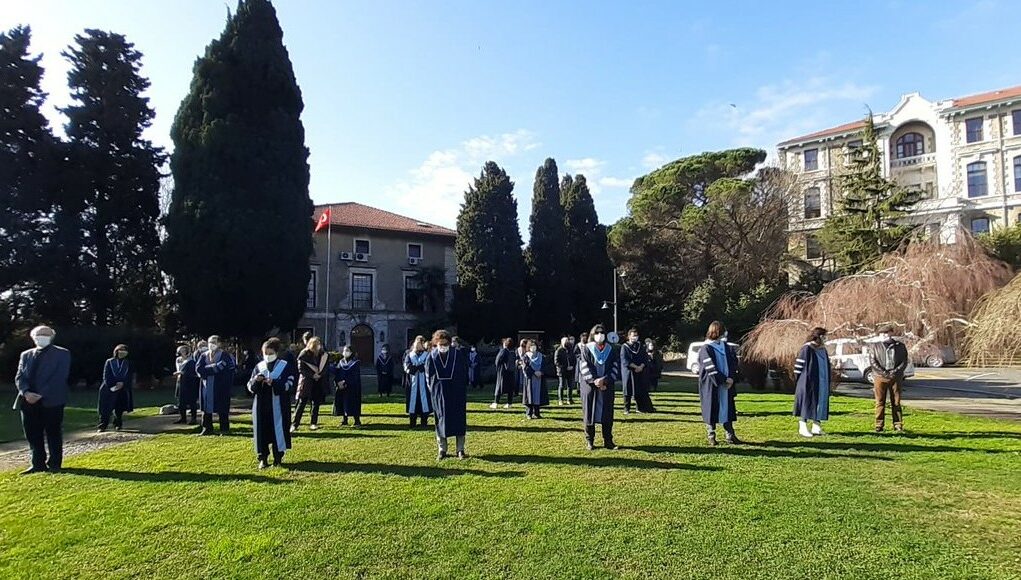 Resistance at the prestigious Boğaziçi University to the appointment of Professor Melih Bulu, a Justice and Development Party (AKP) candidate from İstanbul in the 2015 general election, as rector has reached its third day, with 14 more detentions and a demonstration ban issued by the İstanbul Governor’s Office.

Thirty-six protestors have now been detained, with police carrying out 14 more detentions early on Wednesday, when İstanbul Governor Ali Yerlikaya banned all demonstrations in the districts where the university’s campuses are located in order to prevent further disruption.

The appointment of Bulu, who holds a doctorate in business administration from Boğaziçi and was previously the rector of the İstanbul-based Haliç University, has attracted widespread criticism from the university, alumni and opposition politicians, who saw the president’s move as an attempt to politicize Turkey’s universities and a direct intervention into academic freedom.

Teachers at the university on Tuesday extended the demonstrations started by the students, gathering on campus during the swearing-in of Bulu and turning their backs on the rector’s building.

Bulu is the first rector appointed from outside a university since a 1980 military coup, and his appointment is part of increasing anti-democratic practices in Turkey since 2016, when a failed coup prompted Erdoğan’s AKP government to launch a crackdown on perceived opponents, the faculty members said in a statement.

Nacho Sánchez Amor, the European Union’s Turkey rapporteur, underlined on social media that police used tear gas and rubber bullets on students during the first day of the protest and detained more than 15 following dawn raids on the second.

“It seems Turkish authorities can only deal with criticism through crackdown,” he said in a tweet.

The Gazete Duvar news website cited Ezgi Önalan, a lawyer representing some of the detained protestors, as saying that the İstanbul police broke down walls and doors during the house raids and strip-searched a number of the detainees early Tuesday morning.

“[Police] carried out strip-searches in the morning. Some had their phones confiscated, some were battered, and we have their battery reports,” the attorney was reported as saying.

Meanwhile, Turkey’s Higher Education Board (YÖK) on Tuesday issued a statement about Bulu’s appointment to Boğaziçi, saying he met the standards required to apply for the position of rector and that the university was previously managed by a rector from outside the university.

Critics said YÖK was unable to understand the main reason behind the protests, which was the fact that Bulu, a figure close to the ruling AKP, was appointed by Erdoğan without an election, rather than him being from outside the university.

Turkish presidents used to have the authority to appoint persons who did not come in first in elections for rector, but a presidential decree issued during a post-coup state of emergency declared in 2016 removed the elections altogether.

During an interview on Haberturk TV on Tuesday, Bulu said he would not resign, as the protesters are demanding he do, since his appointment “met global standards.”