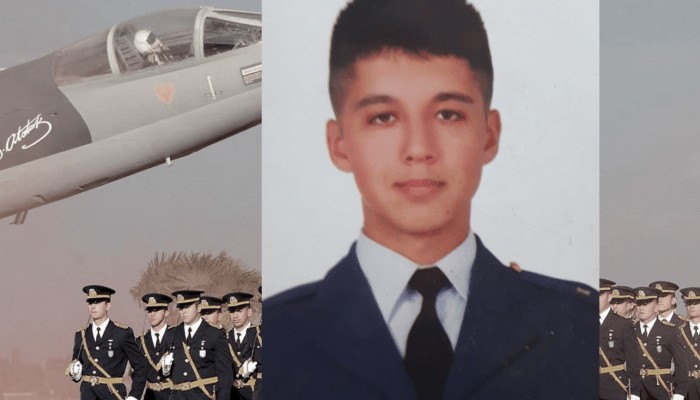 Muhammet Ali Taş, one of more than 300 former military cadets who were sentenced to life in prison for “attempting to overthrow the government” and allegedly participating in an abortive putsch in Turkey in July 2016, was severely beaten by six prison guards, the Bold Medya news website reported on Monday.

The incident was revealed on social media on Monday by Melek Çetinkaya, the mother of another former military cadet behind bars, who said Taş was brutally beaten by prison guards in Turkey’s notorious Silivri Prison, where most political prisoners are held.

“Military cadet Muhammed Ali Taş was beaten by the guards until he passed out. Our lawyer is on his way to Silivri [Prison] right now,” Çetinkaya said in a tweet addressed to Turkey’s justice and defense ministries.

According to the lawyer’s statements, which were also shared on social media by Çetinkaya, Taş was taken to prison guard Ramazan Kuyucu’s room after having an argument with another inmate on Dec. 4. He was severely beaten there by Kuyucu and five others while his hands were tied behind his back. The lawyer said Taş told him he was beaten until he lost consciousness.

Kuyucu reportedly swore at the military cadet and made fun of him, asking how he liked the beating while hitting him. The lawyer also underlined that his client was stripped by the guards, kept in a filthy room for two hours and then made to walk through the corridors of the prison with head down as part of psychological torture.

The prison authorities, who didn’t send the complaint filed by Taş after the incident to the Bakırköy Chief Public Prosecutor’s Office despite receiving it in a sealed envelope, also refused to speak to his attorney.

The lawyer, who found out about the beating after speaking to Taş’s family members, indicated that he saw bruises and marks of beating on his client’s face when he visited him in prison on Monday.

“Military cadets are currently serving time in prison on charges related to the coup attempt that they had no prior knowledge about. Now those cadets are allegedly being tortured behind bars. The Justice Ministry should immediately release a statement about these claims and punish the perpetrators,” Abdülkadir Karaduman, a lawmaker from the Felicity Party (SP), tweeted.

Speaking to ARTI TV, pro-Kurdish Peoples’ Democratic Party (HDP) deputy Ömer Faruk Gergerlioğlu, one of Turkey’s most prominent human rights defenders, said he addressed a parliamentary question to Justice Minister Abdülhamit Gül, knowing that this human rights violation would be covered up by the ministry just like others before it.

“A military cadet who ended up behind bars at the age of 19 and who has been there for five years now is also being tortured. The cases of torture in Turkish prisons, unfortunately, increased in 2020. The prisons are being managed arbitrarily, and thus people have the opportunity and environment to beat someone they don’t like,” the lawmaker added.