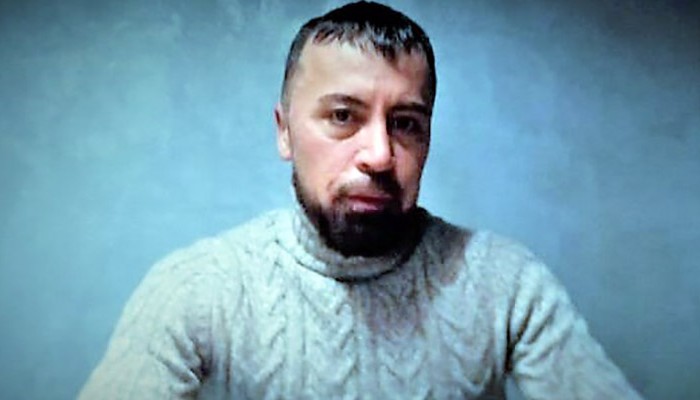 Nuri Gökhan Bozkır, a former major who served in an elite force attached to the Special Forces Command (ÖKK) in the Turkish military before he was dishonorably discharged in 2007, on Tuesday explained in an interview with Ukrainian news website Strana the details of Turkey’s illegal arms deliveries to Syria, in which he was a direct participant.

Bozkır reportedly started a business after his discharge from the army. He was mainly engaged in the supply of so-called associated military materiel — equipment, food and humanitarian items — to countries in which there were armed conflicts.

Syrian Turkmen tribes were the main recipients of goods from the former military officer’s company in 2012, when the civil conflicts in Syria escalated into open war. Around that time, Bozkır reportedly received an offer from Khalil Harmid, the field commander of the Turkmen militia, to provide them arms instead of humanitarian supplies.

Harmid reportedly gave Bozkır a guarantee that the Turkish authorities would be sympathetic to such trade and introduced him to the Turkish intelligence agency (MİT), which would monitor the process of supplying small arms, ammunition, shoulder-fired missiles, explosives and weapons parts to Syria.

Bozkır told Strana that MIT agents initially reacted negatively to his candidacy as a supplier of weapons to Syrian Turkmens due to his dismissal from the army but that Harmid’s words defending it outweighed the agents’ doubts.

“So I was the one who spent several years transporting weapons to Syria for the Turkmen forces that fought against Syrian President Bashar al-Assad,” he said

Regarding the financing of arms supplies, Bozkır said seven containers of dollars arrived from Qatar in a Turkish city bordering Syria and were then transported to a military base as part of a process controlled by MIT.

“I received as much money as was needed to purchase another batch of weapons — $2 million to $4 million — and I set up a firm for a fictitious person. MIT issued me a document showing me as the official final buyer of weapons as if I had bought them for the Turkish army. After purchasing and receiving the weapons, I transported them to my warehouse, and I then sent them across the border to the Syrian Turkmens.”

Between 2012 and 2015 Bozkır reportedly purchased weapons throughout Eastern Europe and Central Asia by way of contracts that were officially formalized as arms supplies to Turkey and supplied weapons to the Syrian Turkmens on 49 occasions.

In Turkey vehicles with weapons that were exported from the warehouse of Bozkır’s company to the Turkish-Syrian border were disguised with food and vegetables as an additional precaution for people who were not informed of the process — the Turkish police and border guards.

“During the purchase and transportation of weapons, the cost of each batch was increased by an average of $2 to $3 million. The difference between the real value of the goods and the final value was taken by people from MIT, who paid me quite modestly — I received $10,000 for each consignment of goods,” Bozkır explained.

The last delivery in the career of the arms businessman was when the cargo was detained on the road by Turkish police in a vehicle that belonged to Bozkır’s company. MIT officials reportedly met with Bozkır as soon as they learned about the seizure of the consignment of weapons and told him to leave Turkey immediately.

He says that Turkish authorities accused him of the murder of Turkish scholar Necip Hablemitoğlu, who was killed in 2002 in front of his house in Ankara, after he turned down a business proposal from an influential businessman close to the family of Turkish President Recep Erdoğan in 2018.

Bozkır was detained in Kiev at the request of Turkey on July 10, 2019, but Ukrainian courts have not found grounds for his extradition. The former soldier has a residence permit in Ukraine as well as a legal business. He has applied for political asylum, but the Ukrainian authorities have not yet made a decision on the request.