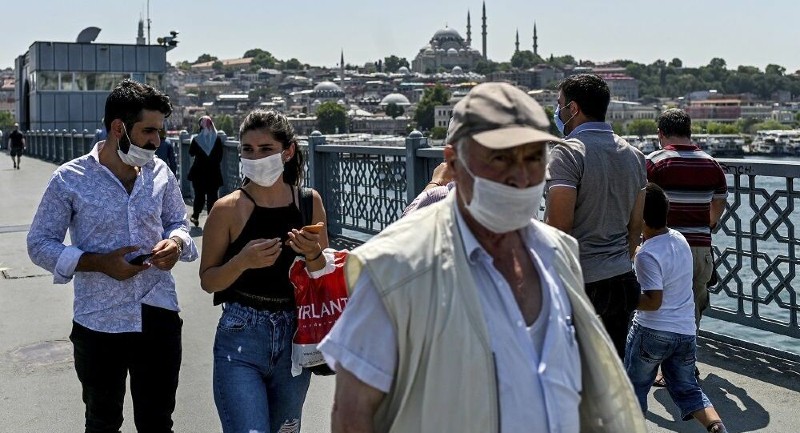 The number of people in Turkey who feel pessimistic about the effects of coronavirus in the country doubled in the last month, as officially confirmed daily cases reach more than 6,700 countrywide, according to the results of a survey by Ipsos.

While only 33 percent of the survey’s participants said they were feeling pessimistic about the general effects of COVID-19 in Turkey in October, the rate doubled to 66 percent in the latest IPSOS poll, conducted on 800 people between Nov. 12 and 18.

The survey results also revealed that 66 percent of participants expressed support for the Turkish government prohibiting people aged 65 and older from leaving their houses except for the period between 10 a.m. and 4 p.m.

One in every four participants said they didn’t think preventing senior citizens aged 65 and older from going out was the right thing to do, with some of them saying that curfews should not be limited to those people and others being absolutely against curfews.

Since the outbreak of the pandemic in Turkey in March, the Justice and Development Party (AKP) government has been criticized for hiding the scale of the pandemic by not properly revealing the number of people who have been infected and died of the coronavirus.

The Health Ministry does not reveal the total number of daily coronavirus infections in the country but announces in a chart the number of “patients” who are being treated in hospitals for COVID-19, while people who have been infected with the virus but not hospitalized are excluded from the numbers.

According to the latest survey results released by the Turkish Medical Association (TTB), the number of COVID-19 cases in Turkey has tripled in the last month, reaching 1 million, with more than 47,000 daily cases countrywide.