At least 25,716 work-related deaths have occurred on AKP’s watch: opposition 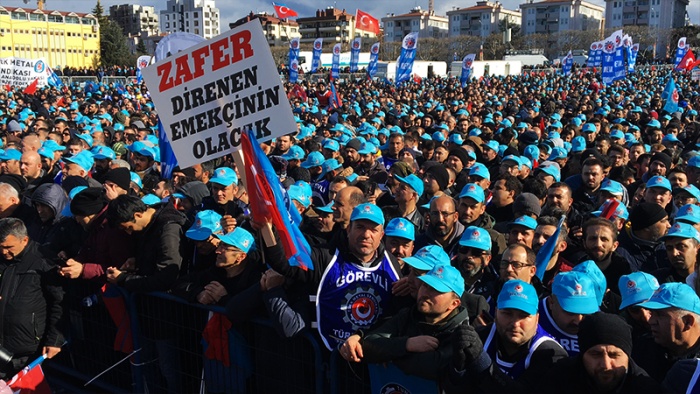 A deputy from the main opposition Republican People’s Party (CHP) has announced based on a report drafted by his party that at least 25,716 work-related fatalities have taken place in Turkey since the Justice and Development Party (AKP) came to power in 2002.

The report was made public by CHP deputy Sezgin Tanrıkulu on Thursday. The CHP report, which compiled figures from labor organizations and the Social Security Institution (SGK), reveals that 146 workers died in work-related incidents in 2002 and that this number gradually increased throughout the years, with at least 1,736 work-related deaths occurring in the first eight months of 2020 alone.

For the death figures of the last nine years, the CHP used data from the Health and Safety Labor Watch (İSİG), a labor organization dedicated to reporting work-related fatalities and legal efforts to categorize the deaths as “homicide.”

According to labor watch figures cited by the report, 10,975 workers died in work-related accidents in the last five years alone.

Some of the main causes of work-related fatalities are crush syndrome, traffic-related incidents and falls, according to the labor watch reports.

However, deaths due to COVID-19 have recently become worryingly predominant.

The CHP report states that 325 workers have died from COVID-19 since the outbreak started.

Turkey has been suffering from low work safety standards for decades. Workplace accidents are nearly a daily occurrence in the country. In the worst work-related accident in Turkey’s history, 301 miners died in an explosion in Manisa’s Soma district in May 2014.