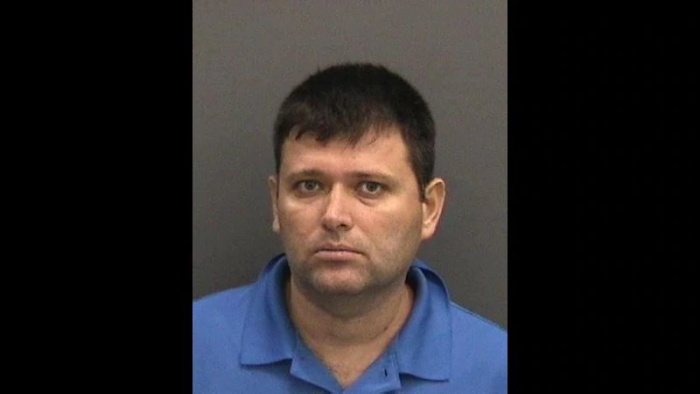 Hüseyin Kurtdere, 39, a major in the Turkish military and Turkey’s senior national representative to the US Central Command, has been arrested and accused of tying up and drugging a woman at his home, who eventually died, the Military Times news website reported, citing local police records.

Kurtdere was arrested by the Tampa Police Department Monday after authorities received an emergency call via dispatch reporting that a 39-year-old woman was not breathing.

The woman’s name and relationship to Kurtdere was not identified in a police report, and Tampa police say Florida state law prohibits them from naming crime victims.

The suspect is Turkey’s senior national representative to the international coalition at CENTCOM and has been stationed there a little more than a year, Navy Capt. Bill Urban, CENTCOM’s spokesman, told Military Times. Made up of some 50 nations, the coalition was formed to assist in the fight against jihadist groups in the wake of 9/11.

Tampa Fire Rescue and the Tampa Police Department responded to Kurtdere’s home and found the victim dead on a bedroom floor of the apartment. Kurtdere was present on scene and had been giving the victim CPR as he waited for first responders.

As they investigated, police learned that Kurtdere has been “tying up” the victim to prevent her from leaving the apartment.

The victim’s daughter, 7, was also present in the apartment when police found the woman dead and on several times previously when she was tied up.

The daughter, who was not named, underwent a forensic interview. During the interview, the daughter told investigators she witnessed an individual — whose name was redacted in the report — tie up her mother with red, yellow and blue fitness bands. The girl also told investigators an individual — whose name was also redacted — used a sock to gag her mother while that individual was restraining her.

“Huseyin [Kurtdere] even solicited the help of” another individual whose name was redacted, “to tie her mother’s feet up.”

Several other people, whose names were redacted, were also present in the apartment.

Around July 10, 2020 the victim began to act erratically, according to Kurtdere. He told police that he believed she was suffering from postpartum depression. On July 13, 2020 they went to MacDill Air Force Base, where she saw a doctor and was prescribed medication. She began to take the medication from the 13th to the 17th. However, her baby she was breastfeeding began to have a reaction so she stopped taking it.

Kurtdere told police that the victim began to act erratically again and would try to leave the house barefoot. He stated that on July 23, 24 and 25 he physically restrained the victim and tied her up using bedsheets and workout bands to prevent her from leaving. The victim resisted being tied up. Kurtdere added that he would “dose her water with melatonin and give it to her with the hopes she would sleep and feel better.”

After doing this, Kurtdere said he noticed the victim had a weak pulse and weak breathing and did not get out of the bed.

He said he found her deceased when he went to wake her so she could watch the children.

The cause of death is pending an autopsy that was conducted two days ago.