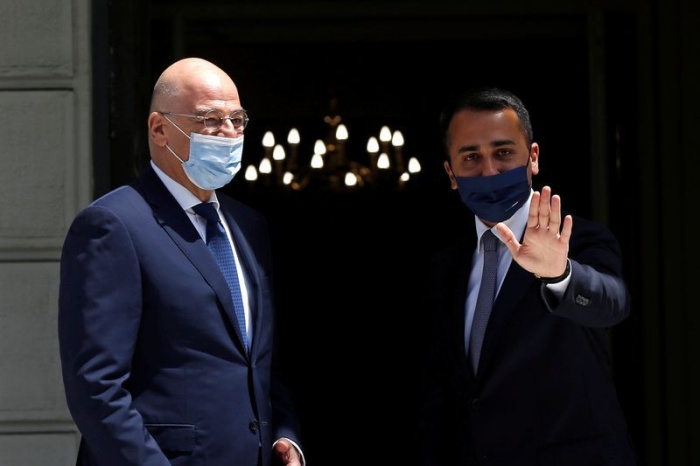 Greece and Italy signed an agreement on maritime boundaries on Tuesday, establishing an exclusive economic zone between the two countries and resolving longstanding issues over fishing rights in the Ionian Sea, Reuters reported.

The deal, signed during a visit by Italian Foreign Minister Luigi Di Maio, follows months of tension over natural resources in the eastern Mediterranean region, where Turkey, Greece and Cyprus have been caught in a complex diplomatic standoff.

Details of the accord, which effectively extends a 1977 agreement between the two states on continental shelves in the Ionian Sea, were not immediately available.

Greek Foreign Minister Nikos Dendias said the accord confirmed the right of Greek islands in the area to maritime zones and settled fishing rights issues.

“This is a historic day,” Dendias said, adding that Greece seeks to establish exclusive economic zones with all its neighbors.

The Greek-Italian accord comes months after a deal on maritime boundaries between Turkey and Libya’s internationally recognized government, led by Fayez al-Sarraj. That agreement angered Greece, which says it infringes its own sovereign rights.

“Maritime boundaries are defined only with valid deals,” Dendias said.

Greece and Turkey are at odds over various decades-old issues ranging from mineral rights in the Aegean Sea to ethnically split Cyprus.

Italy and Greece are already partners in the EastMed gas pipeline project intended to transport 10 billion cubic meters of gas per year from offshore reserves in the eastern Mediterranean to Greece, Italy and other southeastern European countries.

The two ministers also discussed tourism and the economic impact of the coronavirus. Di Maio said he was assured that Italian tourists would be allowed in without quarantine restrictions when Greece opens its borders on June 15.