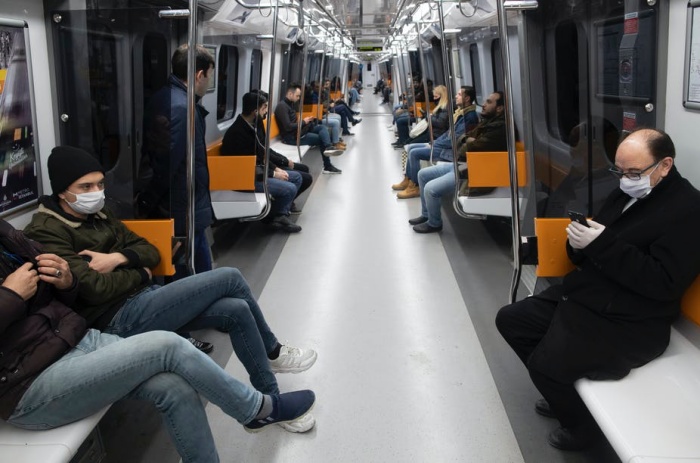 A coronavirus travel ban between Turkey’s worst affected cities is being lifted while restaurants, cafes and sports facilities will reopen on June 1, the country’s president said Thursday, under the next phase of plans to roll back pandemic restrictions, The Associated Press reported.

In a televised address following a weekly Cabinet meeting, President Recep Tayyip Erdoğan also said public sector workers, except for those with chronic illnesses, will return to their workplaces on June 1, while child care facilities will be allowed to resume their services.

Erdoğan said parks, beaches and museums will also be opened up, while people will be permitted to attend open-air concerts. Bars and hookah bars will remain shut.

The president also said that a stay-at-home order for people aged 65 and over, and for minors will remain for a while longer. Youths aged 19 and 20 will now be allowed outdoors, he said.

The announcement comes amid a drop in the number of reported daily COVID-19 deaths and infections in the past weeks, although some experts say the lifting of restrictions may be premature.

In his speech Erdoğan called on Turks to exercise caution, wear masks and stick to social distancing guidelines.

Meanwhile, the Interior Ministry announced a new, two-day curfew over the weekend in 15 of the country’s worst-affected provinces, including Ankara and İstanbul.