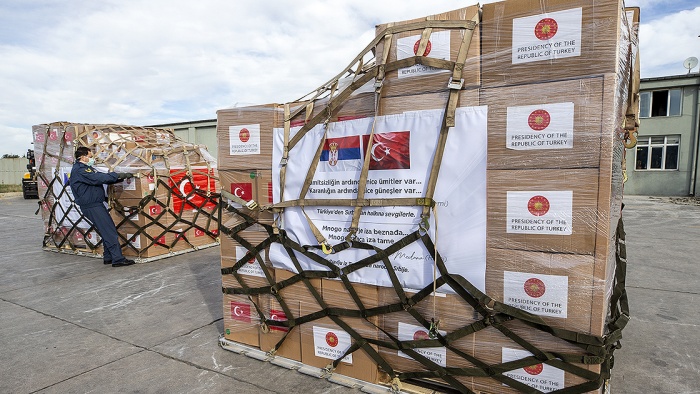 A plane carrying medical supplies procured by the UK government from a private firm in Turkey finally arrived after days of delays, the British Sky News website reported on Wednesday.

The total consignment is 84 tons, including 400,000 clinical gowns, but it is not clear how much of this was on today’s flight.

A commercial supplier in Turkey did not have enough stock to fulfil an order for 84 tons of protective equipment supposed to be bound for the UK, Turkish officials have said.

British sources said the UK government was working with the company and the Turkish authorities to secure the shipment “as soon as possible,” though no time frame was given.

The Royal Air Force plane arrived at Brize Norton in Oxfordshire from İstanbul just after 3 a.m.

An initial batch of just 2,500 gowns was sent to the airport in İstanbul for quality control checks on Tuesday.

Turkish officials said Britain’s attempt to buy the protective equipment from a Turkish firm ran into trouble because the supplier did not have enough stock.