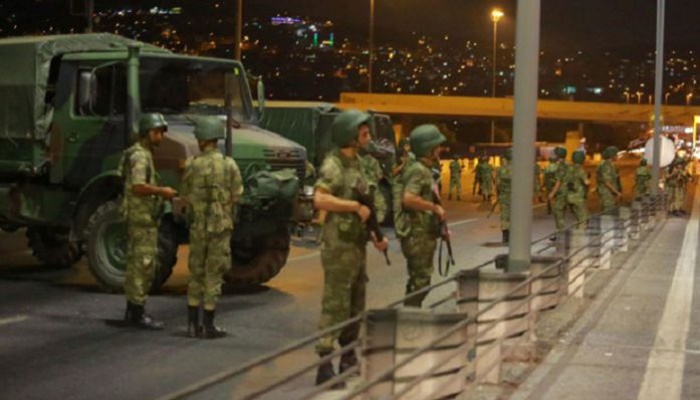 Ammunition used on the night of a bloody coup attempt in Turkey on July 15, 2016, did not belong to the Turkish military, raising questions about the real masterminds behind the murders that took place that night, according to a report by Turkish journalist Adem Yavuz Arslan.

Arslan based his report, posted by the tr724 news website this week, on court records and the autopsies of the victims as well as ballistics reports.

A total of 249 people were killed and a thousand others were injured during the coup attempt, which was suppressed overnight.

Turkish President Recep Tayyip Erdoğan and his Justice and Development Party (AKP) government put the blame on the Gülen movement for the coup, although the movement strongly denies any involvement.

According to the autopsy reports of civilians Mustafa Avcu, Yakup Başıbüyük and Ömer Takdemir, killed on the night of the coup attempt, armor piercing bullets were removed from their bodies, but this type of ammunition is not used by the Turkish military. Similarly, the same type of bullets were also extracted from the armored personnel carrier used by the putschists on the night of the coup.

One of the defendants on trial for involvement in the coup, Lt. Necip Erkul, said at a hearing that the use of 9 mm armor piercing bullets is forbidden by the military personnel of NATO member countries and that these bullets do not exist in military units.

“Where did these 9 mm armor piercing bullets come from, and who committed these murders?” asks Arslan.

Another example cited in the journalist’s report concerns the cases of civilians Ümit Çoban, Medet Ekizceli and Rüstem Resul Perçin, who were also killed on July 15. According to a report aimed at determining the users of the weapons whose bullets were extracted from their bodies, the bullets were not fired by the defendants who are accused of murdering them.

“All the weapons [at the crime scene] were collected, and ballistics tests were conducted, but the bullets in the victims’ bodies were not fired by any of these weapons. Who killed these people, then? Why is this not being investigated?” asks Arslan.

In his report Arslan also talks about ammunition and explosives found in a sack in a botanical park at the presidential complex in Ankara at 5:30 p.m. on July 16, 2016.

“As far as we know, there were no puschists who went inside the presidential complex. Who brought those explosives inside? What was their goal?” asks Arslan.

Referring to a July 15 report drafted by Turkey’s National Intelligence Organization (MİT), MİT personnel were also out in the streets with their weapons to confront the coup perpetrators on the night of July 15, and the report says they put up an “effective fight” against the coup soldiers.

“However, it is not clear who they fired at with their weapons and who they killed,” says Arslan.

There are also many other examples in the journalist’s report highlighting the peculiarities of the ammunition and weapons used during the coup attempt.

“Neither the coup investigations nor the coup trials have been conducted properly. Yet, there is a very clear situation: Bullets that are not used by the TSK have been removed from the bodies of some of the victims. And some bullets fired that night were not fired from the weapons of the defendants. Who is the killer of the coup victims, then?” asks Arslan.