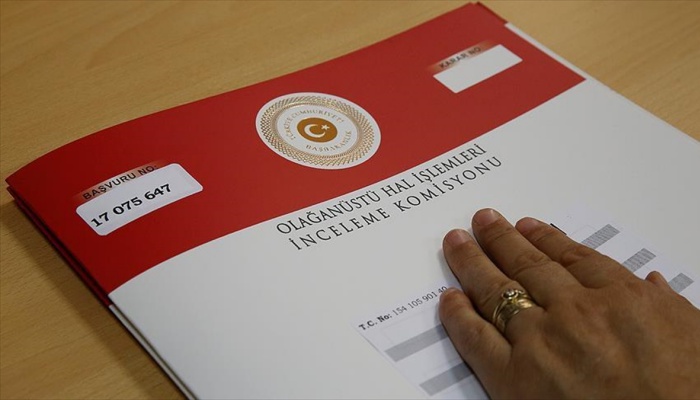 A presidential decree published on Thursday extended the term of a commission set up by the government to examine complaints from individuals who were adversely affected by government decree laws during a two-year state of emergency (OHAL) in Turkey, the Diken news website reported.

The commission still has some 28,000 cases to review, according to the report.

Of the cases reviewed, the commission has only approved 9,600.

Turkey’s ruling Justice and Development Party (AKP) government declared a state of emergency in the wake of a failed coup on July 15, 2016 that remained in effect until July 19, 2018.

During the state of emergency, the government issued a series of government decrees, known as KHKs, through which thousands of academics, politicians, teachers, doctors, other public sector workers, businesspeople, artists and journalists were purged over real or alleged ties to the faith-based Gülen movement, which is accused by the government of being behind the failed coup. The movement strongly denies any involvement in it.

The Ministry of Justice announced in 2017 that with the establishment of the commission, some 12,600 cases that were awaiting review at the European Court of Human Rights (ECtHR) had been dropped by the court.

Critics expressed suspicion over the commission’s ability to serve justice.

“This is also a deception of the ECtHR which thinks this is a functioning domestic remedy. With this regulation, people are both prevented from getting results from the ECtHR and making individual applications at Turkey’s Constitutional Court,” Sarıhan added.

The commission has been described by İbrahim Kaboğlu, a prominent constitutional law professor who is also a purge victim, as the AKP’s “gas chamber.”