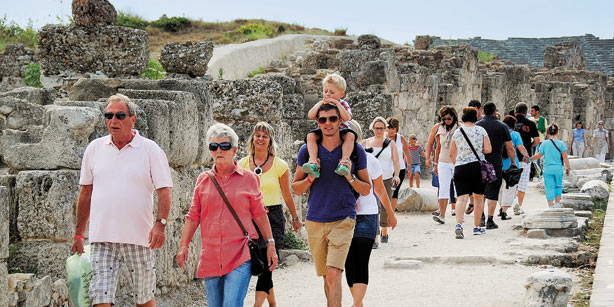 Russian, German and British nationals topped the number of tourists in the first nine months, the ministry added.

Meanwhile, the Turkish Statistical Institute (TurkStat) announced on Thursday that the total revenues in the tourism sector had increased by 22 percent to $14 billion in the third quarter of this year.

On average, $649 was spent per tourist in that period, TurkStat said.