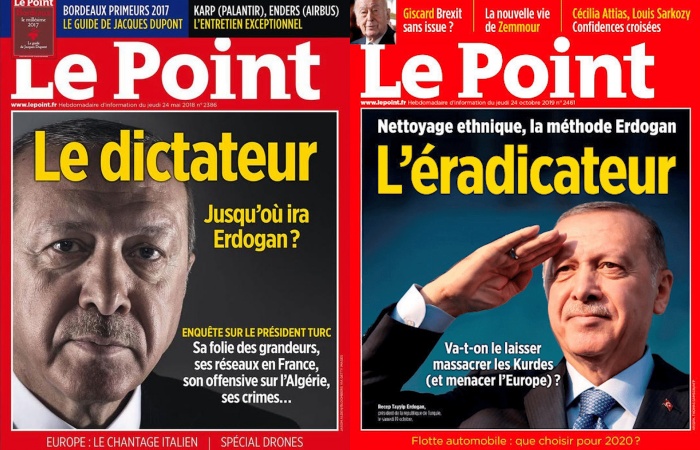 Lawyers for Turkish President Recep Tayyip Erdoğan have filed a criminal complaint against French magazine Le Point journalists for allegedly insulting him, according to the state-run Anadolu news agency.

The lawyers filed the complaint against the magazine’s Editor-in-Chief Etienne Gernelle and journalist Romain Gubert in a Turkish court.

On Oct. 9, Ankara launched Operation Peace Spring to secure its border from the Kurdish militia and create a safe zone to relocate Syrian refugees living in Turkey.

Insulting the president is a crime in Turkey. Erdoğan has filed thousands of complaints against journalists, politicians, students and others for comments deemed to be insults.

In 2016, Erdoğan sued a German comedian over a satirical poem, leading to diplomatic tensions with Germany and debate on freedom of speech.