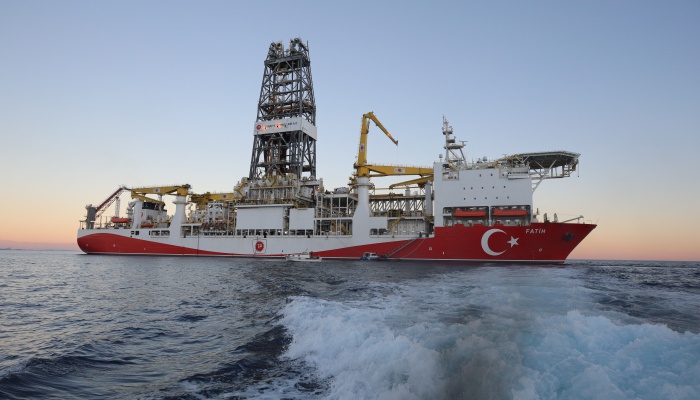 Turkish Cyprus has announced that it will suggest the establishment of a joint commission with Greek Cyprus that will deal with an ongoing dispute between the two countries over natural gas drilling in the eastern Mediterranean, the Hürriyet Daily News reported.

Tatar said he and Akıncı had decided that the Turkish Cypriot administration would propose to the Greek Cypriots the establishment of a joint commission to deal with the two parties’ gas drilling activities in the eastern Mediterranean.

Tatar also recalled that two Turkish ships, the Fatih and the Yavuz, were undertaking drilling activities in the region. He said the Turkish Cypriot people had a right to the “wealth around the island of Cyprus.”

The Turkish Foreign Ministry on Wednesday issued a statement saying it would continue defending the rights and interests of Turkish Cypriots in the eastern Mediterranean unless they were included in the decision-making processes on hydrocarbon resources.

Since last spring, Ankara has sent two drilling vessels to the eastern Mediterranean, asserting the right of Turkey and Turkish Cyprus to the resources of the region.

Athens and the Greek Cypriots both opposed the move, threatening to arrest the ships’ crews and enlisting EU leaders to join their criticism.

“The European Union has become an actor in this play of unlawfulness staged by the Greek Cypriot-Greek partnership against the rights of the Turkish Cypriots who are the co-owners of the island,” the Turkish Foreign Ministry said.

The European Union is set to curb contacts and funding for Ankara in retaliation for what it calls Turkey’s “illegal” drilling for gas and oil off Cyprus and stands ready to ramp up sanctions further, a draft statement seen by Reuters on Thursday showed.