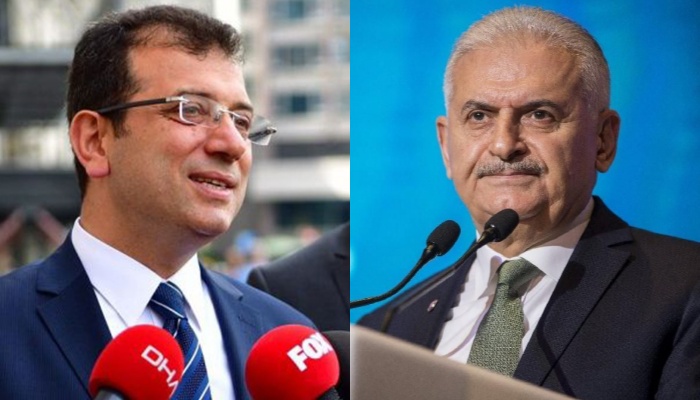 Turkey’s ruling and opposition party candidates for the coveted İstanbul mayor’s seat are set to meet this weekend in a debate to be televised live, party officials announced Monday, the state-run Anadolu news agency reported.

Binali Yıldırım, candidate of the ruling Justice and Development Party (AKP), and Ekrem İmamoğlu for the Republican People’s Party (CHP) will face off on Sunday, June 16, at 9 p.m. local time in a debate to be broadcast across multiple Turkish channels.

No TV debates between election rivals have been aired on live TV since the AKP first won a majority in parliament in 2002.

The debate’s format will give each candidate equal time to answer the same questions, said Engin Altay, the CHP’s deputy group chair.

Technical services for the live broadcast will be performed by a joint technical team assigned by both parties “that does not belong to any TV channel,” he added.

With input from the party leaders, the parties signed an agreement on the debate after two days of talks, said AKP and CHP officials.

After local elections held throughout Turkey on March 31, Turkish poll officials ruled that the Istanbul Metropolitan Municipality mayor’s race had to be held again, citing irregularities.

According to the results of the March 31 elections, İmamoğlu won by a razor-thin margin.