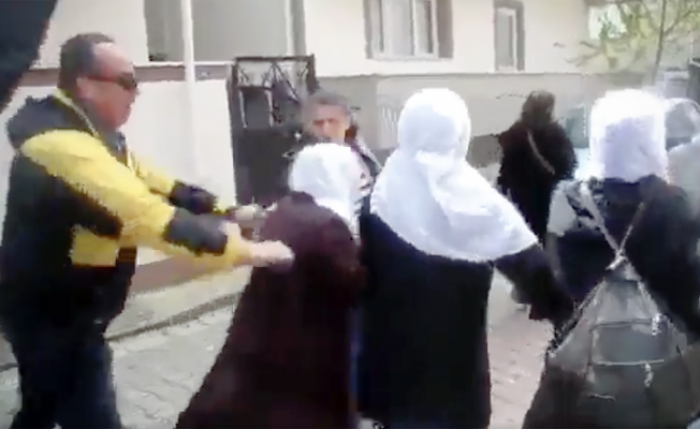 An investigation has been launched into the police officers who forcibly removed the mothers of inmates on a hunger strike after they attempted to hold a sit-in in front of Gebze Prison in Kocaeli province to raise awareness about their sons’ situations, Turkish media reports said on Saturday.

Video footage showing a group of police officers pushing the women with batons to move them away from the prison was posted on Twitter by opposition deputy and human rights lawyer Sezgin Tanrıkulu on Friday, attracting widespread criticism from people from all walks of life.

In a statement on Saturday the Kocaeli Governor’s Office said an investigation has been launched into the police officers and other public officials whose acts went beyond the limits of their authority while intervening in the protests on Friday.

The governor’s office said protests in the area have been banned since Oct.18, 2018.

As of March, nearly 7,000 HDP members including prisoners joined Güven to protest Öcalan’s “isolation,” with some inmates even committing suicide to draw attention to the hunger strikes.

The families of inmates on a hunger strike have been trying to raise awareness of the situation by means of sit-ins and small demonstrations.