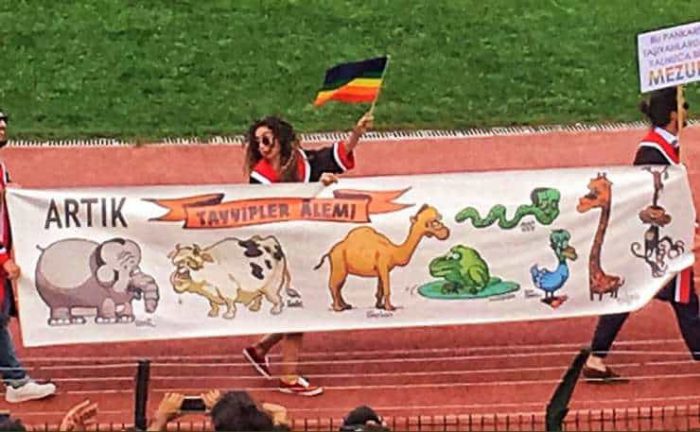 The Ankara Police Department has blacklisted some university students who attended demonstrations or press statement releases in Ankara and asked their university administrations to expel them from their schools despite the lack of any court decision to this effect, according to a document obtained by the Cumhuriyet daily.

In a report on Tuesday Cumhuriyet said it obtained a copy of the “secret blacklisting” document sent by the Ankara Police Department to the administrations of some universities and university dormitories including the Ankara-based Middle East Technical University (ODTÜ) as well as Ankara, Gazi and Hacettepe universities.

Students who came to Ankara from universities in other provinces are also on the Ankara police’s black list.

In the secret document the Ankara Police Department tells the university administrations that there is an ongoing investigation by the department into these students and asks them to launch “administrative actions” against these students.

The Ankara police said university students who attended demonstrations in Ankara coming from provinces such as Kırıkkale, İstanbul, Bartın and Eskişehir face investigation on charges of dissemination of terrorist propaganda.

The secret document includes detailed information about the blacklisted students such as their ID numbers, universities and the departments in which they’re studying.