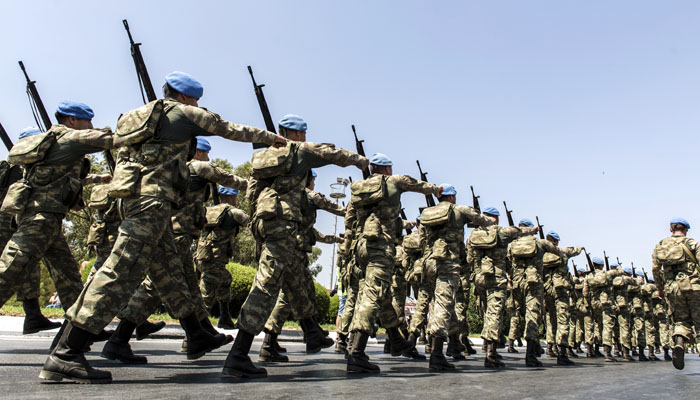 Erdoğan slams The Economist over its ‘dictatorship’ report on Turkey

An investigation into a military contingent has revealed that in 2017, 48 noncommissioned officers (NCOs) objected to orders from their superiors, who wanted to deploy military personnel for a second counterterrorism operation against Kurdistan Workers’ Party (PKK) terrorists in Hakkari province, due to a lack of planning on the part of the military command.

The Cumhuriyet daily reported that the NCOs had participated in the first phase of the operation, which lasted eight days and took the lives of four of their friends. When they returned to the barracks in Bolu province, the superiors intended to send them back; however, the NCOs refused the order and resigned, citing fatigue and depression over the loss of their comrades.

A commander later told them there would be no investigation if they took back their resignations. Thirty of them reportedly insisted on their decision, which led their superiors to file a case against them for disobedience in criminal court.

Turkey abolished its military courts after a failed coup in 2016.

According to the testimony of one of the soldiers, the military operation lacked proper planning, causing the exhaustion of soldiers and the martyrdom of his friends.

He also claimed that the commander insulted the soldiers who were already in poor condition after the first phase of the operation.