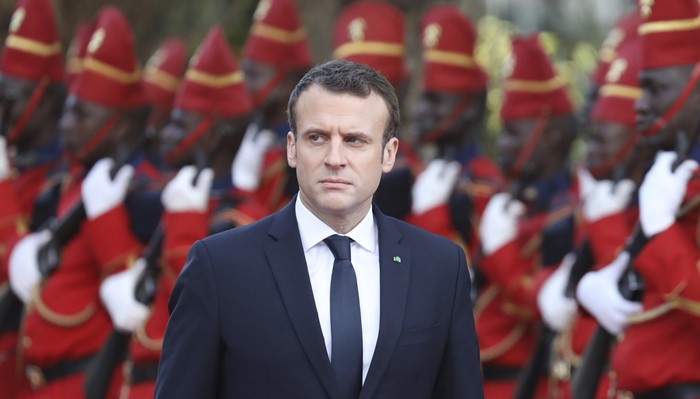 A group of French intellectuals, politicians and civil society organizations published a joint letter in the French Le Monde newspaper on Tuesday protesting French President Emmanuel Macron for inviting Turkish President Recep Tayyip Erdoğan to ceremonies in Paris on Sunday to mark 100 years since the end of the first world war.

Philosopher Pascal Bruckner, film director Costa Gavras and French deputy Valérie Boyer, known as a strong advocate for Armenian issues, are among the signatories of the letter.

The letter said Erdoğan insists on the Turkish state’s denial of the “Armenian genocide,” the extermination of reportedly 1.5 million Armenians living in the Ottoman Empire in 1915, accusing the Turkish state of promoting jihadism and anti-Semitism as well as igniting an uncontrollable hatred against Israel.

The signatories of the letter also talked about rights violations in Turkey, noting that Turkey is the biggest jailer of journalists in the world, that there are 55,000 political prisoners in Turkey and that around 150,000 public workers have been fired from their jobs over the past two years due to thought crimes.

They were referring to events in Turkey in the aftermath of a failed coup attempt on July 15, 2016 following which the Turkish government, led by Erdoğan, launched a massive crackdown across the country under the pretext of an anti-coup fight.

The signatories agreed that the aggressive nationalism of the Turkish state has escalated since Erdoğan came to power with his Islamist leanings. Turkey also pressures minorities, particularly the Kurds, against whom it wages wars inside and outside the country, the letter said.

The letter also criticized Erdoğan for continuing what the signatories called the military occupation of Cyprus, a member of the European Union.

The signatories asked Macron to “show the necessary clarity to [his] ‘guest’ so that his presence can in no way be interpreted as recognition of his methods, his governance, his regime and his manifestations of violence that have no place in the message of the Armistice’s 100th anniversary.”

Meanwhile, the Coordinating Council of Armenian Organizations in France (CCAF) sent a separate letter to Macron to protest his invitation to Erdoğan, Deutsche Welle reported. The CCAF said that Erdoğan’s presence contradicted the spirit of the event.

The CCAF last week criticized a French deputy of Armenian descent, Jacques Marilossian, for attending a reception hosted by the Turkish ambassador to France on Oct. 29, the 95th anniversary of Turkey’s founding.