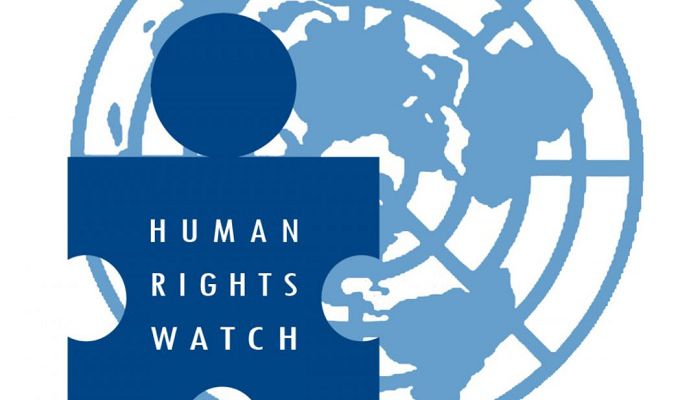 As Turkish President Recep Tayyip Erdoğan begins a two-day visit to Germany, Human Rights Watch (HRW) called on President Frank-Walter Steinmeier and Chancellor Angela Merkel ‘to use the visit as opportunity to raise numerous human rights concerns, most pressingly the plight of the many journalists, human rights defenders and politicians arbitrarily jailed in Turkey.’

“Both President Steinmeier and Chancellor Merkel have the opportunity to convey a clear message that it is not only German nationals in prison who matter but also the fate of many of Turkey’s own citizens who are arbitrarily detained on politically motivated charges,” said Hugh Williamson, director of HRW’s Europe and Central Asia division, in an online article.

“An improvement in German-Turkish relations should require their release from prison and an end to the Turkish authorities’ systematic violation of basic human rights,” Williamson added, recalling the upcoming verdict of an appeal filed by Ahmet Altan and other journalists and media workers.

Prominent Turkish novelist and editor-in-chief of the now-closed Taraf newspaper Ahmet Altan was sentenced on Feb. 16, 2018 to aggravated life imprisonment for alleged involvement in a 2016 coup attempt against President Erdoğan and his government.