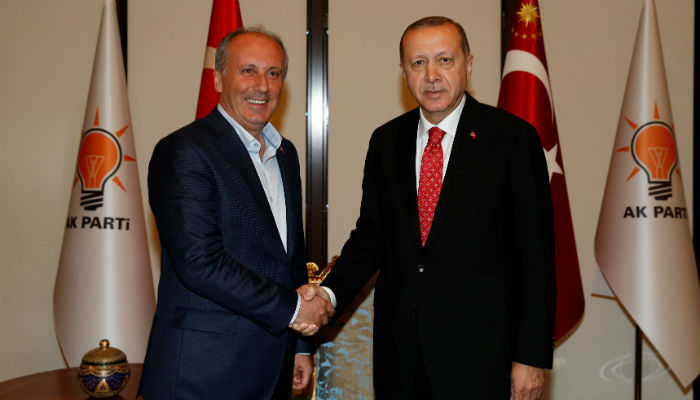 Both İnce and Erdoğan are running in the presidential election on June 24, when Turkey will also hold snap parliamentary elections.

A statement released by İnce’s lawyer, Mustafa Kemal Çiçek, on Monday said the lawsuit was filed due to a campaign speech Erdoğan made in Kayseri province on June 7.

“Mr. Muharrem, if you don’t come out first in the elections, are you ready to leave this business? Let’s see. You won’t leave. You get orders from Pennsylvania,” Erdoğan said in his speech.

Pennsylvania is pejoratively used by Erdoğan to refer to Turkish-Islamic cleric Fethullah Gülen, who is living in that US state.

Erdoğan accuses Gülen of masterminding a failed coup attempt in Turkey on July 15, 2016, although Gülen strongly denies any involvement.

İnce’s lawyer said Erdoğan’s remarks about his client would be considered insult and slander in any legal system in the world, and that’s why İnce is filing a case against the president.