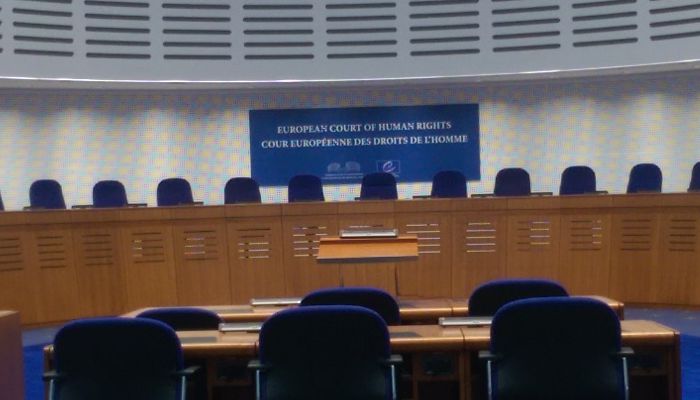 The European Court of Human Rights (ECtHR) on Tuesday fined Turkey a total of 70,000 euros in two cases that were brought to the court in 2009.

In one of the cases the ECtHR ordered Turkey to pay 10,000 euros in compensation to each complainant and 3,000 euros for legal expenses to Gülbahar Özer and Yusuf Özer, whose sons, one 25 years old and the other 15, were killed in a clash between the Kurdistan Workers’ Party (PKK) and the Turkish army in 2005 and buried by Turkish officials without their family’s consent.

The court referred to Article 8 of the European Convention on Human Rights (ECHR) concerning the right to respect for private and family life.

Özer and Özer struggled to reclaim their children’s bodies in order to bury them in their hometown of Siirt; however, the governor of Siirt ordered confiscation of the bodies, which were buried one day later without notice.

The family applied to a local court demanding that the bodies be exhumed and prepared for a proper burial. The court in 2009 responded with a rejection, arguing that Kurdish politicians would start a demonstration at the funeral, according to Bianet.

“The Court accepted that the authorities had taken their decision in the interest of public safety, for the prevention of disorder and for the protection of the rights and freedoms of others. It concluded, however, that the measures taken by the authorities could not be seen as proportionate to those legitimate aims,” the ECtHR stated in its decision.

In the second case the ECtHR fined Turkey 50,000 euros for failing to conduct a proper investigation into the death of a 25-year-old man killed by police fire in 2004 in the southern province of Adana, the Hürriyet Daily News reported.

Şiyar Perinçek was killed by police gunfire allegedly aiming to retaliate against an attack by PKK militants.

His father, Mihdi Perinçek, had applied to a local court for an investigation but received a ruling acquitting the police officer in March 2007.

Mihdi Perinçek’s appeal was rejected after a two-year legal process, which led him to take the case to the ECtHR.