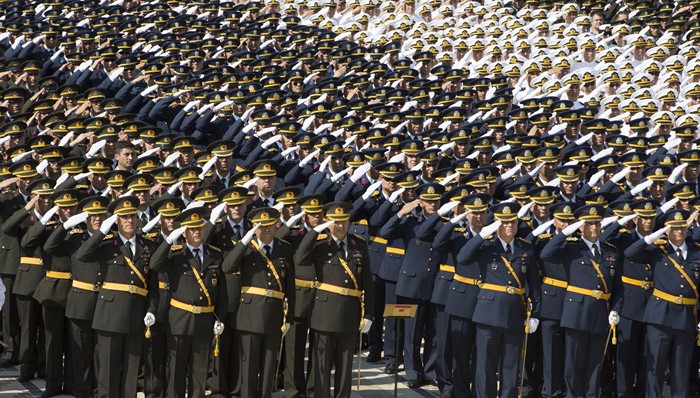 An İzmir court on Monday handed down aggravated life sentences to 104 of 137 suspects for their alleged role in a failed coup attempt on July 15, 2016, the state-run Anadolu news agency reported.

On Friday an Istanbul court sentenced 57 air force cadets to life and six others to aggravated life for their alleged role in the failed coup attempt.

Turkey survived a military coup attempt on July 15, 2016 that killed 249 people and wounded more than a thousand others. Immediately after the putsch, the Justice and Development Party (AKP) government along with President Recep Tayyip Erdoğan pinned the blame on the Gülen movement.

In February of last year Henri Barkey, director of the Middle East Program at the Washington-based Wilson Center, said that many generals purged by the Turkish government are pro-NATO and pro-American, saying this could create a shift in Turkey-NATO relations.

The head of Germany’s Federal Intelligence Service (BND), Bruno Kahl, last year said Turkey could not convince them that US-based Turkish-Islamic scholar Gülen was behind the failed coup in July.

Similarly, Devin Nunes, chairman of United States House Permanent Select Committee on Intelligence, said he had not seen any evidence showing Gülen’s involvement in the putsch in Turkey.

In addition, a report prepared by the EU Intelligence Analysis Centre (IntCen) revealed that the coup attempt was staged by a range of Erdoğan’s opponents due to fears of an impending purge.