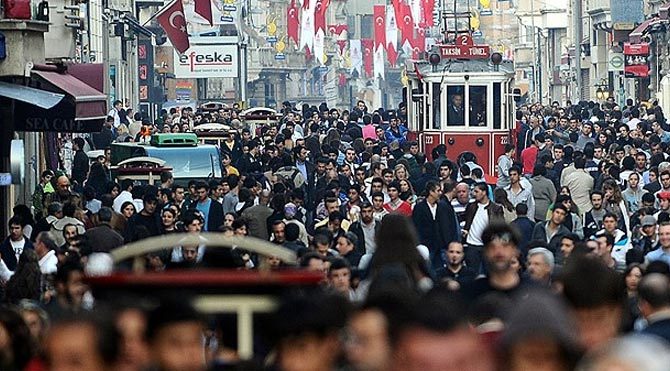 The directorate released the data in response to a question from Republican People’s Party (CHP) deputy Aylin Nazlıaka, who wanted to learn the number of Turkish citizens who had renounced their citizenship and foreigners who had acquired it.

The directorate only shared data from the year 2016, saying that 2017’s data on the number of people relinquishing and acquiring Turkish citizenship are not yet ready.

In 2016 Syrians were the biggest group that took on Turkish citizenship, with 3,429 people, while the Chinese were the smallest group with 62 people.

Among those who renounced Turkish citizenship and acquired the citizenship of another country, the largest number of people, 20,692, were granted German citizenship, while the smallest number, 33, obtained Swedish nationality.

Commenting on the figures, Nazlıaka said the number of people who renounced Turkish citizenship shows how far behind Turkey is with regards to its democracy and human rights, how the justice system has deteriorated and how the level of economic welfare has fallen in the country.

“The public knows that there has been a significant brain drain of young people from our country in past years. The country has been under emergency rule for 19 months…. The heavy pressure on society increases with every passing day. People are even unable to express their views on social media. In order to renew people’s hopes, restoration of democracy and the rule of law, respect for human rights and economic development are a must,” said Nazlıaka.

Emergency rule was declared in the aftermath of a failed coup attempt on July 15, 2016. The Turkish government is being widely criticized for using the anti-coup fight as a pretext to silence free speech and jail its critics.