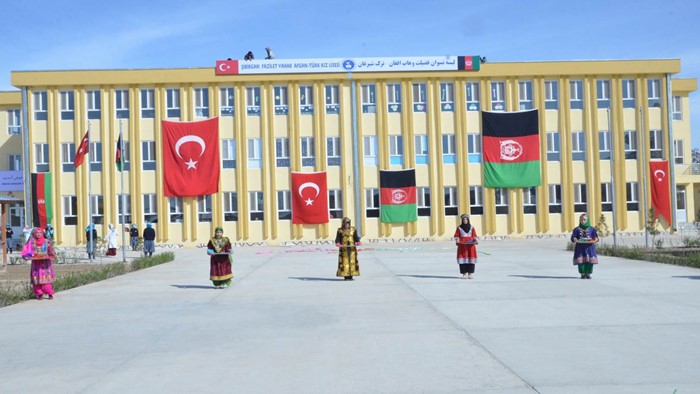 As part of an all-out war launched by Turkish President Recep Tayyip Erdoğan on the faith-based Gülen movement, Turkey’s state-run Maarif Foundation has taken over 12 schools and three tuition centers linked to the movement in Afghanistan, the state-run Anadolu news agency reported.

According to the report Education Minister İsmet Yılmaz and his Afghan counterpart, Mohammad Ibrahim Shinwari, attended a handover ceremony in Kabul.

The Guardian reported in May that Afghan authorities drafted a deal giving the Turkish government control of the schools.

Western and Afghan officials believe the agreement is part of a bargain allowing Afghanistan’s vice president, Abdul Rashid Dostum, who has been accused of abducting and torturing a political rival, to seek exile in Turkey, the Guardian said.

The Afghan-Turk CAG Educational NGO (ATCE) runs 16 schools across Afghanistan. Widely considered some of the country’s best, they teach science classes in English and boast a 98 percent success rate in university entrance exams. Thirty percent of the 8,000 students are girls.

Erdoğan and his government pursued a crackdown on the Gülen movement following corruption operations of December 2013 in which the inner circle of the ruling AKP government and then-Prime Minister Erdoğan were implicated.

Erdoğan also accuses the Gülen movement of masterminding a failed coup attempt in Turkey on July 15, 2016.

Despite the movement strongly denying involvement in the failed coup, Erdoğan launched a witch-hunt targeting the movement following the putsch.

Erdoğan expanded the witch-hunt against Gülen followers worldwide, asking several countries to close down Gülen-affiliated schools and institutions as well as to detain and extradite teachers, businessmen and their families who sympathize with the movement.

Erdoğan on Monday embarked on a five-day official tour of four African countries — Algeria, Mauritania, Senegal and Mali — with the faith-based Gülen movement among the top issues for discussion.

The state-run Maarif Foundation, which was established by the government in 2016, has signed memorandums of understanding with 26 countries in Africa to take control of schools belonging to movement followers.

“We have signed protocols with 26 countries in Africa, and 16 of them have so far transferred the schools. We are continuing to provide education to 8,900 students,” said Hasan Yavuz, a board member of the Maarif Foundation, on Jan. 27.

The Gülen movement has many schools and universities set up in more than 160 countries.

According to Anadolu, 30 African countries have handed over Gülen movement schools to Maarif or closed them down at Ankara’s request.

The Maarif Foundation is claimed to have been established to spread President Erdoğan’s Islamist ideology abroad.

“Erdoğan posits himself to be the caliph, the leader of all Muslims in the world, and sees the Maarif Foundation as a tool in his investment efforts to reach out to non-Turkish Muslim groups,” wrote Turkish Minute columnist Abdullah Bozkurt.

A total of 62,895 people were detained in 2017 as part of investigations into the movement, according to Interior Ministry reports.

Soylu said on Dec. 12 that 55,665 people have been jailed and 234,419 passports have been revoked as part of investigations into the movement since the failed coup.

On Nov. 16 Soylu had said eight holdings and 1,020 companies were seized as part of operations against the movement.

The Justice Ministry announced on July 13 that 169,013 people have been the subject of legal proceedings on coup charges since the failed coup.

Turkey has suspended or dismissed more than 150,000 judges, teachers, police and other civil servants since July 15, 2016 through government decrees issued as part of an ongoing state of emergency declared after the coup attempt.