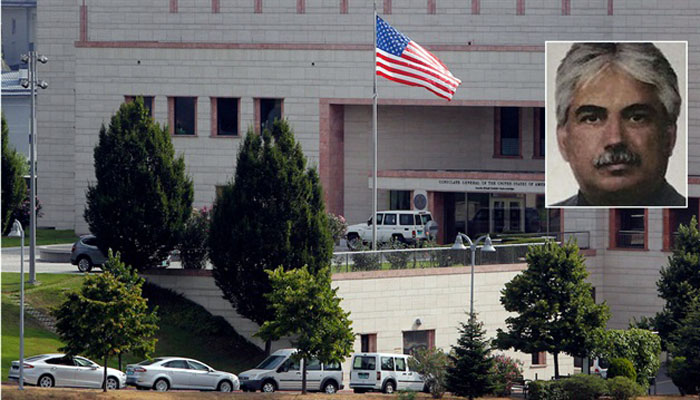 Turkish President Recep Tayyip Erdoğan and his neo-nationalist backers led by Doğu Perinçek have deliberately set a scheme in a motion to destroy the longstanding working relationship between US government law enforcement agencies and their Turkish counterparts.

Turkey’s arrest of Metin Topuz and Hamza Uluçay, two locally employed staff members who have been working for a long time at the US consulates in Istanbul and Adana, respectively, on fabricated charges and issuing another detention warrant for a third consulate employee, Mete Cantürk, were designed to create a rupture in critical cooperation between the two countries’ law enforcement agencies. The break would be likely, given the new escalation deliberately triggered by Erdoğan on the back of already deepening mistrust and growing divergence between Turkish and American law enforcement officials.

US law enforcement agencies have already been facing a new set of challenges in their working relationship with Turkish counterparts in the wake of a major transformation that has taken place in the police force, the main law enforcement agency in Turkey, since 2013. Erdoğan has purged most veteran officers and highly experienced professionals and replaced them with nationalist and Islamist thugs who harbor views that are already predisposed against the US. The unprecedented anti-American euphoria among Turkish government employees is a by-product of an anti-US campaign in Turkey that is fuelled by Erdoğan and his media empire. Sometimes openly and at other times by implication, the Turkish president often accuses the US of being an evil and ill doer in his usual diatribes that are nothing but an attempt to scapegoat others for his own failures.

After plastering the photos of the US Justice Department’s Drug Enforcement Administration (DEA) agents Jason Sandoval and Mitchell Matthias all over Erdoğan’s media and portraying them as villains, no Turkish law enforcement official would dare meet or talk to his US counterpart. The routine law enforcement work was touted as a major conspiracy by the Turkish government, which leaked CCTV footage from the police department where DEA agents were interacting with Turkish counterparts in line with established protocols.

I think the US has understood the gravity of the situation in a supposed ally where US government officials as well as US citizens are now looked at as spies bent on inflicting harm on Turkey. When US State Department spokeswomen Heather Nauert took the podium on Oct. 12, 2017 for a press briefing, she actually underlined this major concern that is likely keeping US officials quite worried about the prospect of where Turkey is heading. She said: “We also have some very real concerns about whether or not Turkey intends to cooperate with the United States in terms of its investigations.” Stressing that the three locally employed staff members at US consulates had all been involved in some sort of a law enforcement-type role, she said: “We hope that Turkey is not trying to create some distance between us and them in that. We need to have good law enforcement cooperation between our government and theirs. And by detaining our people, that certainly calls into question where they are in this.”

Let’s flesh out some details on what Nauert described in the general framework and try to explain what the cooperation between law enforcement agencies actually means. We should remember that Turkey, a predominantly Sunni nation, is a country that both the Iranian Revolutionary Guards Corps (IRGC) Quds Force and radical Salafi groups see as a battleground for collecting intelligence, plotting schemes and attacking targets, especially Western targets such as US and Israeli interests. It is also a transit hub used by many international crime and terrorist networks as a thoroughfare for activities from the trafficking of drugs to the transfer of jihadist fighters. Therefore, the close cooperation at both the intelligence and law-enforcement level is critical between the Turkish and US governments. Rules of working engagement have been established between the two countries on how to handle this communication, which does not necessarily go through diplomats and foreign ministries given the urgency of pending threats.

Perhaps this would be better explained with two specific cases of law enforcement action to show what is at stake here. A secret communication by the US Department of State, a copy of which I have seen, on June 8, 2013 talked about a “credible attack on the US embassy” by the IRGC and Syrian intelligence in Turkey. The intel was very specific, identifying 12 operatives by name, their nationalities (Syrian, Iranian and Palestinian) and safe houses. The plot was led by a 40-year old Syrian intelligence officer identified as Fawzi Qassamn, who reportedly operated in Iraq during the presence of US troops there.

“The attack would be initiated by a vehicle bomb placed inside a black 1992 ‘DB’ model Mercedes with fake license plates bearing the number nAS28013.” The information even revealed how the attackers planned to storm the embassy or consulate building from another entrance after detonating the car bomb at the first targeted entry point. The intel was shared with Turkish authorities via diplomatic channels and also hand-delivered by a US Consulate security officer to the police station in Sarıyer, where the US Consulate General is located. The US asked Turkish police to investigate the identified suspects and determine current locations, travel records and contact information while beefing up security around US missions in Turkey.

This prompted a flurry of activity among the Turkish police, ordering all 81 provinces and intel departments to investigate the information provided by the US. In a very short period of time, most of the information gathered by Turkish police helped law enforcement officials on both sides understand the cell and better analyze the intel. The attack did not take place, perhaps due to this close cooperation between Turkish and US law enforcement agencies in disrupting the cell and neutralizing the threat before it had materialized.

In another example of shared intelligence, a US diplomat from the embassy in Ankara visited the Turkish Foreign Ministry on June 14, 2013 to share a new security tip which indicated a possible plot by the IRGC to bomb the US Embassy in Ankara using three Turkish citizens of Kurdish origin as operatives. The intel was very specific in terms of the timeline as it indicated the attack would take place between June 16 and 22, 2013. “The explosives would be placed in a sedan that would be parked on a road on which US Embassy officials travelled,” the intel stated, adding that the plan was devised by the IRGC Quds Force. Fatma Ceren Yazgan Etiz, deputy director general at the Foreign Ministry’s General Directorate for Security and Intelligence, passed the information to the police department on the same day, prompting a nationwide hunt for the suspects.

These two examples would be enough to shed light on what Nauert actually meant when she highlighted the importance of law enforcement cooperation. There are many other examples of this long-running and productive relationship between NATO allies Turkey and the US that have been rather routine. It has worked well in boosting the security of Turkey as well as the US, especially in thwarting Iran-backed terror threats. It has strengthened the capacity of Turkish law enforcement agencies because of the valuable intelligence provided by the US throughout the years. In fact, outgoing US Ambassador John Bass also pointed to that fact on Oct. 11, 2017 when he said the Islamic State in Iraq and the Levant (ISIL or DAESH) was no longer able to conduct successful major attacks in Turkey. “There’s been a lot of great work by Turkish security services, Turkish law enforcement, and a lot of close cooperation with their American and other nations’ counterparts to produce that success,” he said. As expected, Erdoğan’s media distorted these remarks and turned them around as if the US had threated Turkey with ISIL attacks.

This law enforcement cooperation that has produced successful results is now being sabotaged by Erdoğan, who sees the US as a major threat to his rule, and he is now doing everything in his power to inflict damage on decades-long gains in the transatlantic alliance partnership. Unfortunately, a long shadow has already been cast on cooperation between Turkish and US law enforcement agencies. In the meantime, the US and Western diplomatic missions and interests are very much exposed to attacks in Turkey. I’m sure the Iranian mullahs and IRGC generals are now rubbing their hands in glee, waiting for the completion of this rupture between Turkey and the US.