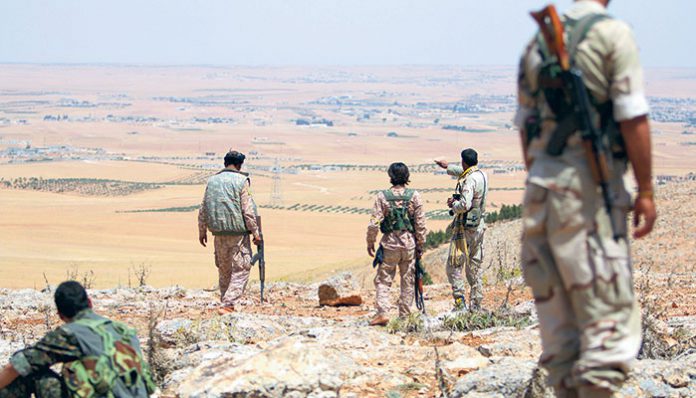 After US troops came under attack by the Turkey-backed Free Syrian Army (FSA) in northern Syria, the FSA said US troops were in the area when they targeted People’s Protection Units (YPG), the t24 news website reported on Wednesday.

According to the report, a commander from the FSA said US troops returned fire but that there were no casualties on either side.

The commander said the clash ended with the intervention of Turkish soldiers and that the Turkish military will handle communications between the FSA and US troops to prevent further clashes.

“Recent incidents have occurred in territories primarily under the control of Turkish-backed fighters. We are engaged with Ankara and other parties to address this danger,” Pentagon spokesman Eric Pahon told CNN.

The US is training a group of local Arab fighters linked with the Kurdish-led Syrian Democratic Forces for operations against the terrorist Islamic State in Iraq and the Levant (ISIL), while Turkey and its Syrian allies are against to them due to their links with the outlawed Kurdistan Workers’ Party (PKK) in Turkey.