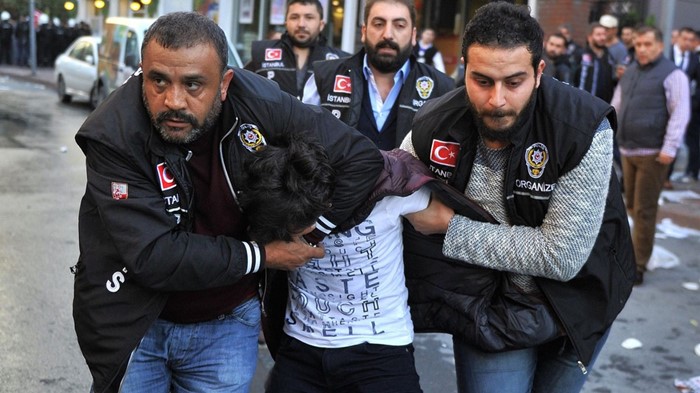 As part of an investigation targeting people over the use of a smart phone application known as ByLock, police are looking for 24 journalists who are at large, the state-run Anadolu news agency reported on Monday.

According to the report, police detained 11 of 35 journalists who are accused of membership in the faith-based Gülen movement due to using the ByLock app., as part of an investigation run by the İstanbul Public Prosecutor’s Office.

Turkish authorities believe using ByLock is a sign of being a member of the Gülen movement, which the government accuses of masterminding a failed coup attempt on July 15, 2016. The mobile phone application ByLock is seen as the top communication tool among members of the group.

Turkey is ranked 155th out of 180 countries in Reporters Without Borders (RSF) 2017 World Press Freedom Index. The situation of media in Turkey has become critical under the state of emergency proclaimed after the coup attempt.

According to the Turkey Purge website, based on information compiled from PEN International, the Platform for Independent Journalism (P24), the Stockholm Center for Freedom (SCF), the Journalists’ Union of Turkey (TGS) and the Progressive Journalists Association (ÇGD), 274 journalists were jailed in Turkey following a failed coup last year. While 163 of them are still in pretrial detention, the others were released pending trial or were cleared of charges.

Turkey survived a military coup attempt on July 15, 2016 that killed 249 people and wounded more than a thousand others. Immediately after the putsch the ruling Justice and Development Party (AKP) government along with President Tayyip Erdoğan pinned the blame on the Gülen movement.