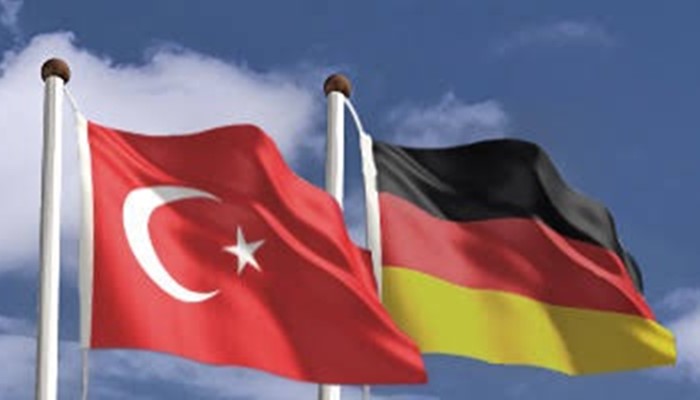 The Turkish government has given a German defense commission team permission to visit their troops at the NATO base in Konya on Sept. 8, after NATO mediated in a row between the two allies, Deutsche Welle reported on Tuesday.

German public television ARD said on Tuesday that the Turkish government gave the Federal Parliament Defense Commission team permission to visit the NATO base in Konya on Sept. 8 upon NATO’s request.

Deputy Secretary-General of NATO Rose Gottemoeller will be leading a team of German lawmakers during the visit to German troops.

The chairman of the German parliament’s defense committee, Wolfgang Hellmich, said on Tuesday that the proposal for NATO to lead the visit was made by Gottemoeller.
“This is an important step in that it clearly shows the permission to visit among NATO members is a noncontestable right,” said Hellmich.

NATO Secretary-General Jens Stoltenberg had offered to broker a compromise between the two NATO allies by arranging a visit by Bundestag lawmakers to German troops serving at a military base in Konya.

“The secretary-general has now offered to arrange a visit for parliamentarians to Konya airfield within a NATO framework,” alliance spokesman Piers Cazalet said. “Konya airfield is vital for NATO operations in support of Turkey and the Counter-ISIS Coalition.”

Turkey denied German lawmakers a visit to German troops flying AWACS surveillance planes from the NATO base due to tense relations between the two countries.

As Germany has begun to withdraw forces from Turkey’s İncirlik Airbase after the Turkish government denied requests from German parliamentarians to visit the troops at İncirlik, NATO’s concern about further withdrawals has increased and urged it to take action.

After being denied a visit to German troops by Ankara, German Chancellor Angela Merkel said there would be no compromise and that asylum applications by Turkish nationals in Germany would not be part of the political bargain since these two issues have “nothing, but nothing, to do with each other.”

Underlining that any demands from the Turkish authorities concerning asylum requests by Turkish citizens would be turned down, Merkel said: “Before we draw conclusions, we should first wait for talks and discuss these things with NATO’s help.”

Turkey’s Foreign Ministry expressed regret in a statement in May over Germany approving the asylum requests of a number of Turkish military officers.

“With this decision, German authorities have shown tolerance and embraced a pro-coup mentality by disregarding democratic principles and values as well as the requirements of being allies,” said the ministry’s statement.

The coup attempt on July 15 killed 249 people and wounded more than a thousand others. Immediately after the putsch, the Justice and Development Party (AKP) government along with President Recep Tayyip Erdoğan pinned the blame on faith based Gülen movement.

Contrary to accusations made by Erdoğan and the Turkish government, the head of Germany’s Federal Intelligence Service (BND), Bruno Kahl, on March 18 said Turkey could not convince them that US-based Turkish-Islamic scholar Gülen was behind the failed coup attempt on July 15.

The already tense relations between the two countries are further strained due to several issues, including Berlin’s refusal to extradite asylum seekers Ankara accuses of involvement in last year’s failed coup against the Turkish government, while Berlin is demanding the release of imprisoned Turkish-German journalists and human rights defenders who were put in jail on terror charges.