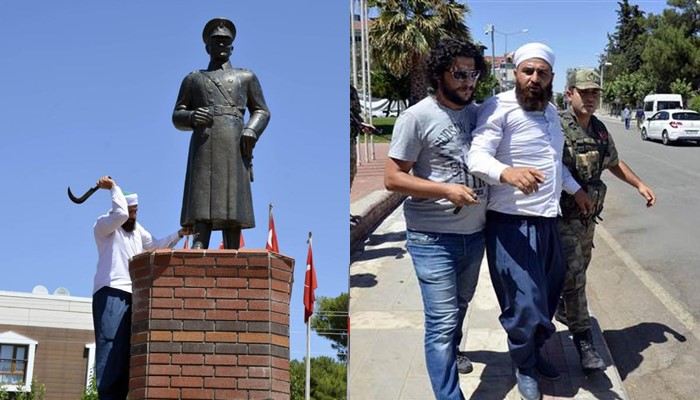 Mehmet Malbora, who on Sunday attacked a statue of Atatürk, the founder of modern Turkey, with a sickle in the Siverek district of Şanlıurfa province, was arrested by a court, the t24 news website reported on Monday.

A Şanlıurfa court ruled for the arrest of Malbora on the grounds that he violated law No. 5816 on “crimes against Atatürk.”

Malbora, who attacked the Atatürk statue in Cumhuriyet Square, saying it represented idolatry, was detained by gendarmes and handed over to the police on Sunday.

Malbora’s family said he was a drug addict.

In his testimony, Malbora claimed he did not regret what he did and said he was told to attack the statue of Atatürk in a dream.