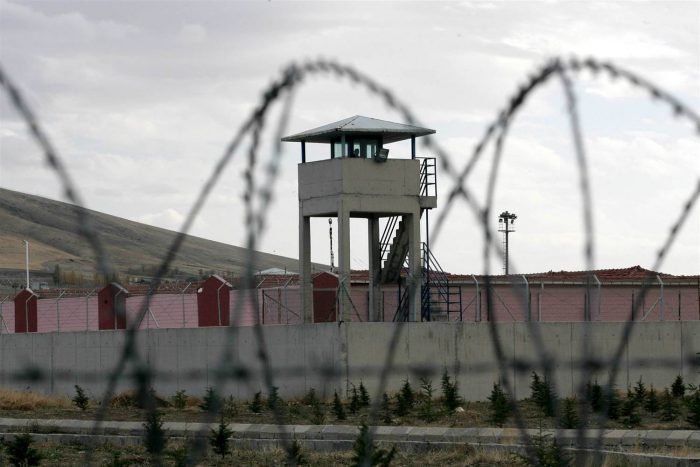 A military officer who has been kept under pre-trial detention for one year due to his alleged links to the faith-based Gülen movement has talked about how inmates are suffering from health problems in an overcrowded prison and how he has lost faith in the judicial system, in a letter he wrote from prison.

The officer, whose name was not revealed, sent his letter to Sözcü daily columnist Emin Çölaşan. Çölaşan published the letter in his column on Tuesday.

The officer, who is one of the more than 50,000 people jailed due to alleged Gülen links, is currently imprisoned in Aliağa Şakran Prison.

The Turkish government has fired more than 150,000 from state jobs and jailed more than 50,000 due to their alleged links to the Gülen movement, which is accused by the government of having masterminded a failed coup attempt last July, a claim strongly denied by the movement.

In his letter, the officer says leaving aside the problems and injustices he personally experienced, he wants to talk about the poor conditions in the facility in which he is incarcerated.

“In the prison wards, which were built to host 8-10 people, 22-23 people are staying. The size of the two-storey prison ward is 30+30, around 60 square meters. There are beds on the second floor, while there is a bathroom and a toilet on the first floor.

“There are 14 beds in the ward. In any case, 8-9 people sleep on the floor. Meals are eaten in shifts. [Meeting the need for] toilet, bathroom and laundry is a big problem. There are always infectious diseases such as diarrhea. Not all the inmates fit on the first floor. Thus, TV is watched by taking turns and meals are eaten in shifts. You can imagine what a torment and torture it is to spend the night in a prison ward as big as a small living room especially when it is 44-45 degrees centigrade. Sleep is out of the question.

“There is a small yard that is open during the day. There are fences over the yard. It is not possible for 22 people to enter and leave the yard simultaneously. You can only go out in the yard to breathe. It is a routine to wait in line to take a shower and use the toilet. Skin diseases have emerged due to the lack of cleanliness and hygiene and hot temperatures. To sum it up, imagine a situation in which 23 individuals are living in a 60-square-meter house with a locked door for months in extremely hot weather.”

The officer, who has been in jail for one year without trial, says a punishment is given without due process and that he has lost faith in the judicial system and the right to a fair trial.

“Are we going to build a strong and democratic country despite all these injustices? What we are going through right now is the end of humanity. I have served the government for years as an officer. I have even forgotten about that now,” he wrote.