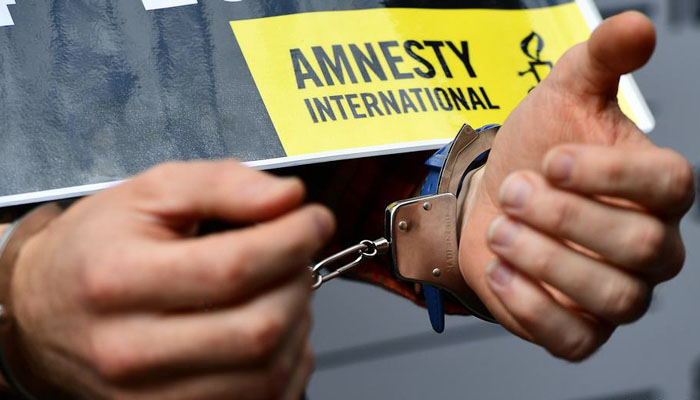 According to Deutsche Welle Turkish, Zimmer said in his letter, addressed to Turkish Ambassador Ali Kemal Aydın, that İdil Eser, the director of Amnesty International’s Turkey office, as well as its Turkey chairman, Taner Kılıç, must be immediately and unconditionally released.

Asking Turkish authorities to inform him about the health of both Kılıç and Eser, Zimmer also underlined that the allegations against the AI activists were “incomprehensible.”

AI Turkey Chairman Kılıç was detained on June 6 in the western province of İzmir, and Eser was taken into custody on July 5 during a meeting on İstanbul’s Büyükada, one of the Princes’ Islands, along with İlknur Üstün from the Women’s Coalition, lawyer Günal Kurşun from the Human Rights Agenda Association, lawyer Nalan Erkem from the Citizens Assembly, Nejat Taştan from the Equal Rights Watch Association, Özlem Dalkıran from the Citizens’ Assembly, lawyer Şeyhmuz Özbekli, and Veli Acu from the Human Rights Agenda Association.

Two foreign trainers — a German and a Swedish national — as well as the hotel owner, who was later released, were also detained.

Turkish President Recep Tayyip Erdoğan accused the detained human rights defenders of plotting a follow-up to a July 15, 2016 coup attempt during a press conference in Hamburg on Saturday.

Kılıç, a lawyer and chairman of AI’s Turkey’s board, was arrested on June 9, accused of links to the alleged mastermind of a failed coup attempt on July 15, 2016, Fethullah Gülen, who has denied any involvement.