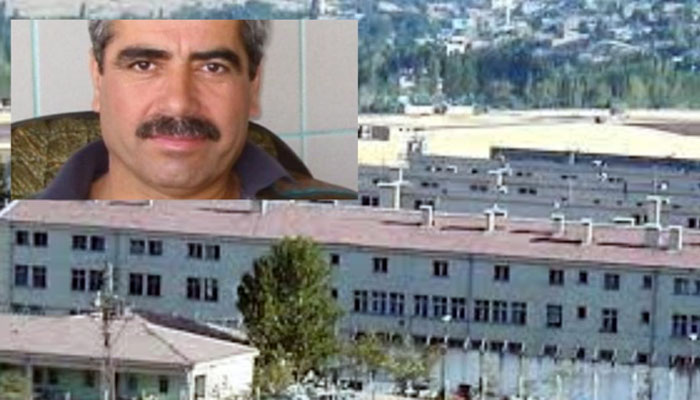 Kamil Ü., a 61-year-old businessman who has been under arrest for over 10 months due to alleged links to Turkey’s Gülen group, died on Wednesday, reportedly due to cramped conditions and high temperatures in the Elbistan L-type prison.

According to the TR724 news website, the businessman was arrested on Aug. 14, 2016 and had been in Elbistan prison, where the average temperature in June was 35°C and humidity ranged between 60 and 80 percent.

Kamil Ü.’s body was reportedly found in a bathroom by other inmates.

Turkey survived a military coup attempt on July 15 that killed over 240 people and wounded more than a thousand others. Immediately after the putsch, the government along with President Recep Tayyip Erdoğan pinned the blame on Turkey’s Gülen group.

The group denies any involvement in the coup attempt.

However, since then, Erdoğan and other top government officials have conducted a widespread battle against Gülenists, jailed over 55,000 people and dismissed more than 138,000 others.

A total of 28 individuals, among whom are police officers, prosecutors and teachers, have been found dead in Turkish prisons since the failed coup attempt, causing serious concern about the fate of thousands of civilians who are being kept in jail in poor conditions across the country.

The relatives of most of them claim that the detainees are not the kind of people to commit suicide, shedding doubt on the official narrative. Rumors also have it that some of the detainees were killed after being subjected to torture under custody. (Turkey Purge)