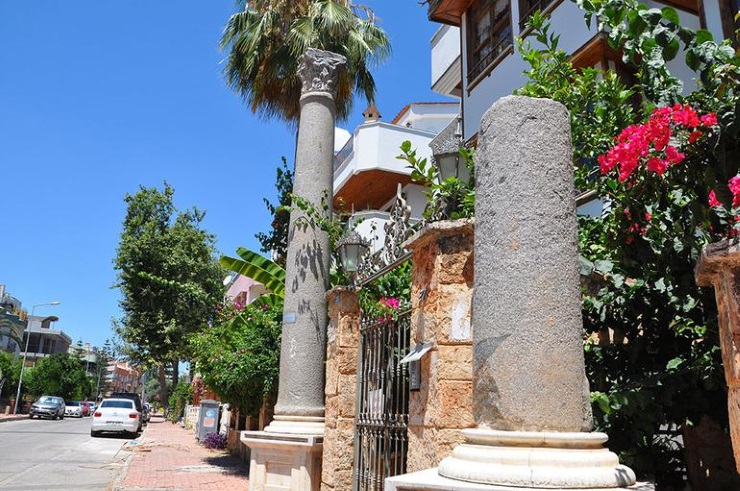 A retired art history teacher, Ertekin Kaya, has found out that 2,000-year-old Roman pillars that were discovered in Antalya province in 1996 are being used to decorate the entrance of a building in the province, the Hürriyet daily reported on Tuesday.

According to the report, Kaya happened to recognize the pillars from the street and tried to find out how they were moved from Kaleiçi, where they were first found, to Muratpaşa. He received an official document from city hall that said the pillars were not part of any architectural project.

Kaya later contacted the Antalya Museum and showed pictures of the pillars to the museum director, who said: “Don’t you have anything else to do? Why are the pillars bothering you?”

Kaya had been sued for defamation and damages by by one Mustafa Aydemir, who also had used a Roman pillar for decoration in the past. The suit was settled 10 days ago in Kaya’s favor.

Kaya later sent pictures of all the historic artifacts that are being misused and not protected to the Ministry of Culture and Tourism. He said he has received an official letter from the General Directorate of Cultural Assets and Museums, which said the pillars would be taken to the Antalya Museum.