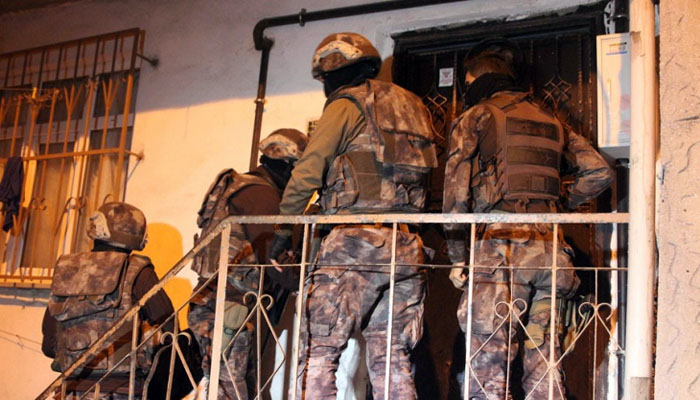 Eighteen suspects who allegedly have links with the terrorist Islamic State in Iraq and the Levant (ISIL) were arrested in simultaneous police operations in İstanbul on Sunday.

İstanbul police raided 19 locations in 11 districts of İstanbul early on Sunday as part of an investigation into ISIL, local media reported.

According to the reports, 18 suspects were detained during the raids over alleged ties with ISIL and participating in clashes on behalf of the group in Syria.

Police also seized a pump rifle, 29 cartridges, 35 bullets, one pair of handcuffs, ammunition, documents and digital materials during the raids.

Meanwhile, the Doğan news agency reported that five other suspects who allegedly have ties with ISIL were also detained while they were attempting to illegally enter Turkey from Syria through the southeastern province of Kilis on Sunday.