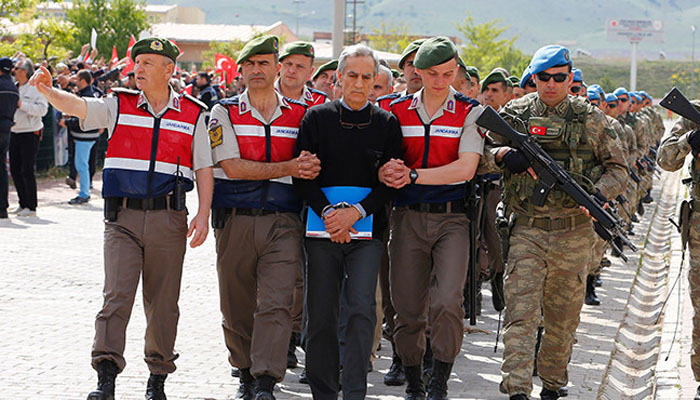 The ruling Justice and Development Party is frustrated with the slow progress of trials concerning a failed coup attempt last summer and will send its Central Decision and Administration Board (MKYK) members to a hearing in Ankara on Monday, Prime Minister Binali Yıldırım said.

Speaking during a press conference in Ankara on Sunday, Yıldırım said: “It is certain who dropped the bombs [on Parliament], who gave the orders, who killed people, who drove the tanks and who flew the planes. What are we waiting for? It is a situation of having been caught red-handed. A decision should be made.”

Underlining that the AKP is providing suggestions to the judges in the coup trials but saying they do not have the ability to give orders to the judiciary, Yıldırım said: “The fact that they [coup suspects on trial] have denied their initial statements does not mean that they did not commit the crime. It has to be known.”

Yıldırım’s comments came after senior army officers who are on trial for their alleged role in the July 15 coup attempt denied ties with the faith-based Gülen movement, which Turkish authorities accuse of being behind the failed coup.

Yıldırım also said members of the AKP’s MKYK have applied to become plaintiffs in the trial at a special court in Ankara’s Sincan Prison and will attend the hearing on Monday along with family members of those killed during the coup attempt.

A total of 221 suspects, including military generals, are being held in Sincan Prison and are standing trial there.