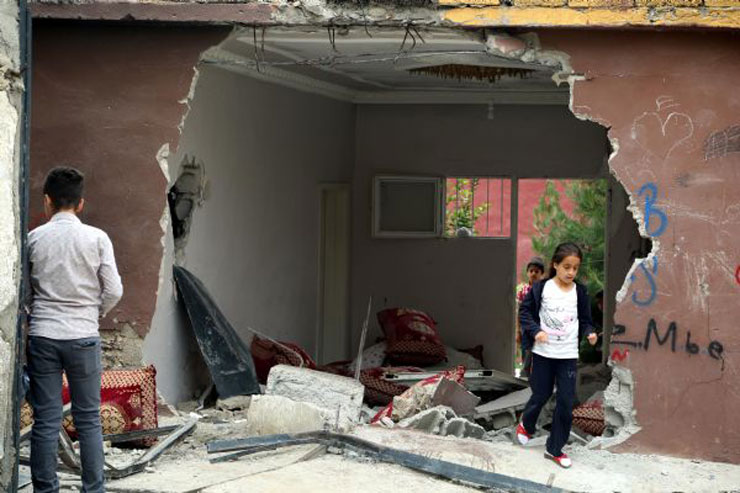 An armored police vehicle rammed into a house in the Silopi district of southeastern Şırnak province late on Wednesday, causing the death of two children who were sleeping in the house.

The vehicle destroyed one of the walls of the house, which belongs to Mesut Yıldırım, and continued into the interior of the structure. Brothers Muhammet, 7, and Furkan, 6, were killed in the tragedy.

Witnesses said the police officers who were in the vehicle fled the area immediately and that they were under the influence of alcohol.

Şırnak Governor Ali İhsan Su, who visited the family on Thursday to offer his condolences, described the incident as a matter of fate.