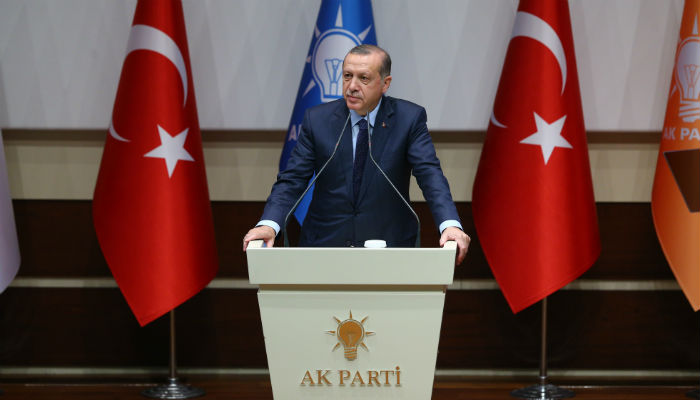 Turkish President Recep Tayyip Erdoğan on Tuesday called on the European Union to open membership chapters with Turkey, signaling that the bloc’s failure to do so will terminate the membership talks between the EU and Turkey.

Speaking at a meeting of the Justice and Development Party (AKP) during which Erdoğan became an official member of the party again, he said: “There is something that you have not done so far and should do now: You have no option other than to open those chapters you have not opened until today. If you open them, that’s fine; if you don’t open them, goodbye.”

Erdoğan has been angry at the slow progress of the EU accession talks, which began in 2005 but which have been held up due to disagreements over Cyprus, human rights and other issues.

Neither Ankara nor the EU expects Turkey to be in a position to join the EU for many years to come. Only one of 35 “chapters,” or policy areas where Turkey must adopt EU rules, has so far been concluded. Discussions have begun on 15 more chapters, while the rest have not yet been taken up.

Turkey’s relations with various European countries have recently become strained due to the cancellation of rallies planned to be attended by Turkish ministers in order to seek the support of Turkish expatriates for a referendum held on April 16 in Turkey that expanded Erdoğan’s powers and changed Turkey into an executive presidency.