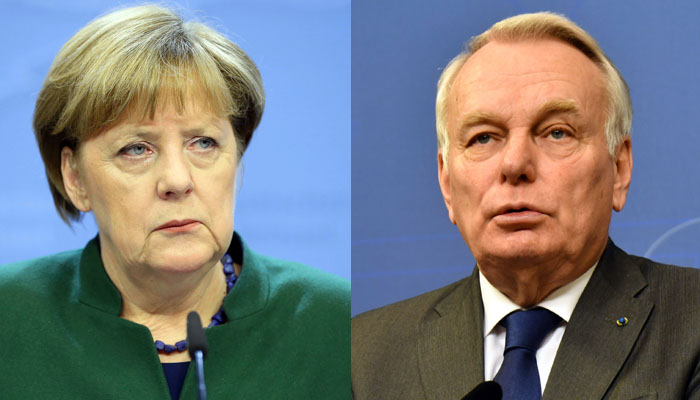 The German and French governments have rejected as completely unacceptable remarks by Turkish President Recep Tayyip Erdoğan referring the Netherlands as “Nazi remnants,” part of a row that emerged over the cancellation of a series of rallies by Turkish ministers in Europe for an upcoming referendum in Turkey.

Speaking to a group of businessmen during a fair in Munich on Monday, German Chancellor Angela Merkel said, “Germany completely rejects rhetorical and any other comparisons with the National Socialists made by the Turkish president.”

According to Reuters, Merkel also underlined that Erdoğan’s comparisons are completely misguided and added: “They trivialize the suffering. Particularly in the Netherlands that endured so much agony through the National Socialists, it’s just completely unacceptable. That’s why the Netherlands can count on my complete support and solidarity on this.”

Speaking during a press conference with his Swiss counterpart, Margot Wallstrom, in Stockholm on Monday, French Foreign Minister Jean-Marc Ayrault also said the Turkish president’s mention of Nazism and fascism during a diplomatic spat with the Netherlands was unacceptable.

While calling on all sides to end the row, Ayrault added that Turkey should respect the European Convention on Human Rights.

Following the outbreak of a diplomatic crisis after the Dutch government withdrew permission for Foreign Minister Mevlüt Çavuşoğlu’s plane to land in Rotterdam on Saturday, Erdoğan had branded the Netherlands “Nazi remnants, fascists” during a speech that same day.

Rotterdam authorities had also expelled from the Netherlands Minister of Family and Social Policy Fatma Betül Sayan Kaya, who was coming to hold campaign rallies to seek the support of Turkish expatriates for a referendum that will switch Turkey to an executive presidency.