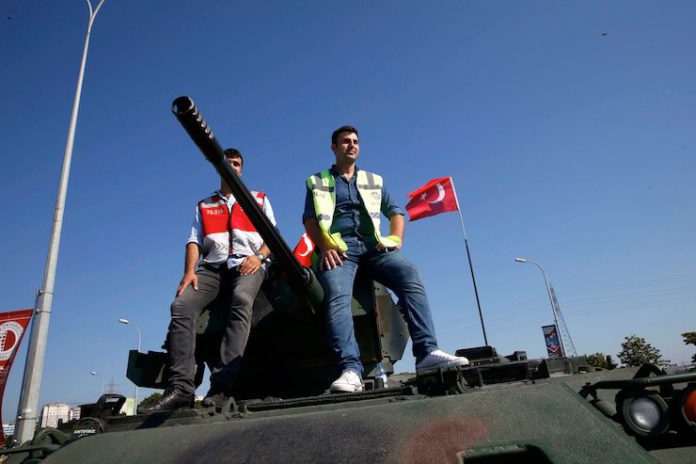 A total of 2,988 consecutive life sentences are being sought for 38 out of 221 suspects in an indictment regarding a failed coup attempt on July 15.

Turkey survived a military coup attempt on July 15 that killed over 240 people and wounded more than a thousand others. Immediately after the putsch, the government along with President Recep Tayyip Erdoğan pinned the blame on the faith-based Gülen movement. The movement strongly denies any involvement in the coup attempt.

Turkish-Islamic scholar Fethullah Gülen is cited as the prime suspect in the indictment, while former Gen. Akın Öztürk is listed as the second suspect.

According to the 2,581-page-long indictment, a coup declaration was read out on state-run TV on the night of July 15 on behalf of the 38 members of the Peace at Home Council. These people are accused of violating the Constitution, attempting to overthrow the Turkish Parliament and government by the use of force and violence, leading an armed organization, killing 250 people, attempting to kill 2,735 others and restricting the freedoms of high-ranking commanders and state officials.

President Recep Tayyip Erdoğan and Chief of General Staff Gen. Hulusi Akar, who was taken hostage by the coup plotters for several hours, are listed as victims in the indictment.