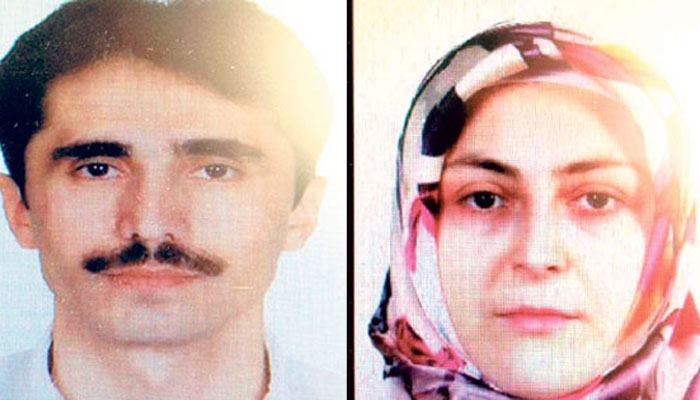 Tuğba Y., a teacher who lost her sanity due to alleged torture during weeks of interrogation, was arrested and has been kept in prison since late January despite doctors’ reports showing her deteriorating mental condition.

According to the TR724 news website, Tuğba Y. and her husband K. Y. were detained by police in early January and were reportedly interrogated for 24 days at the Tekirdağ Police Station over their alleged links to the Gülen movement, which the Turkish government accuses of masterminding a coup attempt on July 15, 2016.

The ill-treatment, violence and torture that Tuğba experienced during the interrogation allegedly caused her to lose her sanity, and she ended up in the Bakırköy Psychiatric Hospital.

Although the doctors’ reports revealed that the victim was subjected to heavy torture for days and therefore her mental health was in critical condition, a Tekirdağ court ruled for the arrest of Tuğba Y., and sent her to a Tekirdağ prison, where she has been incarcerated ever since.
The victim has a 14-year-old son and two daughters aged 10 and 11. One of the daughters is reportedly a leukemia patient and in need of constant nursing.

Since the coup attempt of July 15, Turkey has turned into a hub of people victimized by the purge carried out by the Turkish government. The ruling party of Turkey and President Recep Tayyip Erdoğan accused the Gülen movement of masterminding the attempt and launched a widespread purge aimed at cleansing sympathizers of the movement from within state institutions, dehumanizing its popular figures and putting them in custody. (Turkey Purge)