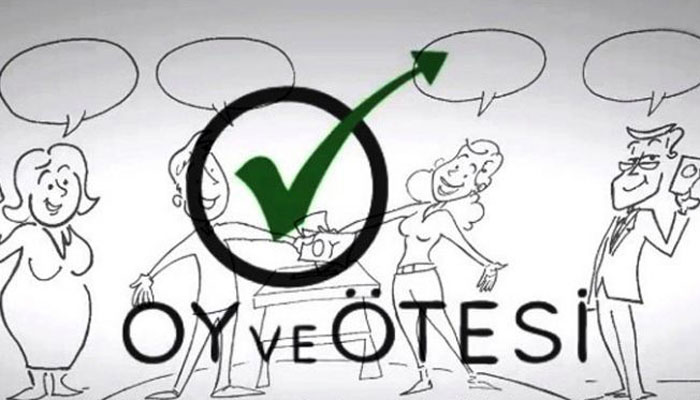 Oy ve Ötesi (Vote and Beyond), an association that has acted as a monitor to ensure an accurate counting of the votes in Turkey since 2014, announced on Sunday that under the current circumstances it would not use volunteer observers in a critical referendum on April 16 for replacing the country’s parliamentary system with the stronger presidency long sought by President Recep Tayyip Erdoğan.

The association announced it would help political parties by means of a call center and offer online polling station observer training.

The constitutional amendment package is described as one of the biggest changes in Turkey’s system of governance since the foundation of the republic in the 1920s.

It will pave the way for the president to remain in office until 2029 with the power to issue decrees, declare emergency rule and appoint ministers and top state officials.

The Parliamentary Assembly of the Council of Europe (PACE) Monitoring Committee expressed concern in a statement last month about the content of proposed constitutional reforms and the conditions under which a referendum will be held in Turkey in April.

“The Monitoring Committee expresses serious doubts about the desirability of holding a referendum under the state of emergency and on-going security operations in southeast Turkey,” PACE said in a statement adopted in Strasbourg.

“The committee has deep concerns as to whether the revised constitution — which will grant extensive powers to the President of the Republic — would guarantee the separation of powers, proper checks and balances and the independence of the judiciary, which are a prerequisite for democratic societies,” added the Monitoring Committee.

The pressure on naysayers has increased as the Justice and Development Party (AKP) government and President Erdoğan have declared naysayers to be on the side of terrorist organizations.

Turkish Bureau Union (Türk Büro Sen) Chairman Fahrettin Yokuş, who called on people to say “no” in the referendum, was the target of gunshots in Ankara on Saturday.

Last month the headquarters of the Turkish Public Workers Labor Union (Kamu-Sen) was attacked by a group of people after İsmail Koncuk, the head of the union, announced that he would vote “no” in the referendum.

Imams of mosques have also been participating in the government campaign. An imam in İstanbul’s Ümraniye district accused naysayers of “treason” and “ignorance,” while an imam leading a group of Turks during Umrah in Mecca labeled naysayers as “infidels.”

Last week the contract of the Doğan Media Group’s Posta daily columnist Hakan Çelenk was reportedly cancelled by the newspaper days after he sarcastically criticized government plans for the presidential referendum.