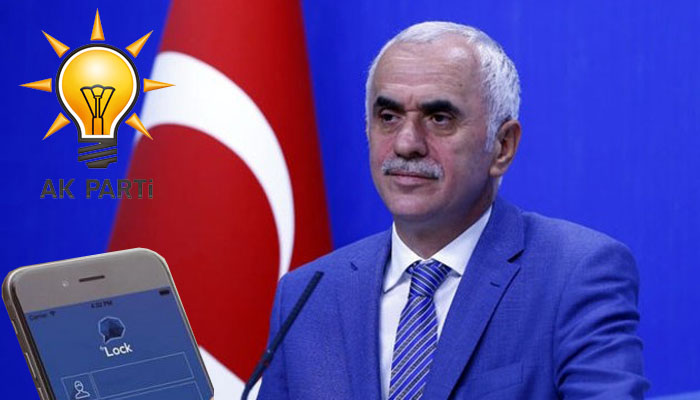 Ruling Justice and Development Party (AKP) Deputy Chairman Erol Kaya said on Tuesday that investigations have been launched into 820 party members over links to the faith-based Gülen movement, which the government accuses of being behind a failed coup attempt on July 15, 2016.

Speaking to the pro-government Sabah daily, Kaya said seven AKP mayors out 63 who were investigated for their links to the movement had been expelled from the party.

“The investigations into 16 AKP mayors are still continuing, while 40 of them had no links [with the Gülen movement] according to the probes,” he said.

He also underlined that media reports saying 82 AKP members were investigated over using ByLock, a smart phone application that authorities believe is a communication tool between members of the Gülen movement, are not true.

Tens of thousands of civil servants have either been dismissed or arrested for using the application. Critics say the use of a technological application is not a criminal activity nor is it evidence of membership in a terrorist organization.

In October of last year, a high criminal court in Hatay province rejected an indictment prepared on members of the so-called Fethullahist Terrorist Organization (FETÖ), a term used by the Turkish government to describe the Gülen movement, saying that there is no such terrorist organization officially identified.

The same court also said use of the ByLock application alone cannot be considered a crime. The court added that it is not known when the suspects downloaded the application, with whom they communicated using it and what the content of their conversations was, saying that they cannot be accused simply for downloading ByLock.

According to reports, Turkey’s Security Directorate General and the National Intelligence Organization (MİT) have an IP address list of the people who downloaded ByLock, but they don’t have the content of the conversations made over the application.

Judicial experts suggest that a person cannot be accused for using a certain means of communication, adding that they can be accused only if there is an element of crime in their messages. They also say that a court order is required to conduct technical surveillance and to be able to present the findings in court as evidence.

Technical surveillance data collected without a court order is not considered legal evidence by Turkish courts.

Ailing 83-year-old inmate wants to see his village before dying in prison: daughter