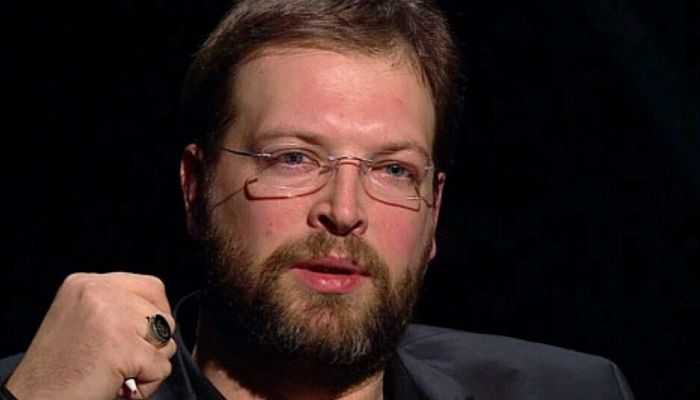 Fatih Tezcan, a pro-government public speaker and columnist, teaches his 2-year-old son hatred in a video he posted on social media on Jan. 1, gives high fives as a reward for profanity and wishes for the death of US-based Turkish scholar Fethullah Gülen.

In the 35-second video, Tezcan curses Gülen and high fives when his son reacts with delight to his wish that Gülen is going to die in 2017.

Here is what Tezcan said:
“Son, is he a scumbag?
Is he dishonorable?
Is he a trickster?
Even a 2-year-old kid says this scumbag is a scumbag.
Son, when he dies, they are going to blow up his grave, right?
Son, he is going to die in 2017, right?”

Despite Gülen’s consistent messages against violence, the Turkish government, led by the Justice and Development Party (AKP), has been accusing him of plotting a July 15 coup attempt and labeling the movement as a “terrorist” in the absence of any violent action by its followers.

Gülen has been living in self-imposed exile since 1999 in Pennsylvania. Over the years, a significant, yet unknown number of, people from Turkey have been inspired by his teachings promoting education and the peaceful coexistence of different faiths and have opened schools and dialogue centers around the world.

Turkey has been pursuing a relentless purge against the real and perceived sympathizers of the Gülen movement that gained momentum after July 15. Over 40,000 people have been arrested over alleged Gülen links while schools and companies that were run by the movement’s followers have been seized in the unprecedented purge.

Gülen previously argued that President Recep Tayyip Erdoğan waged an all out war against the movement after the movement refused to support his bid for leadership of the Muslim world.