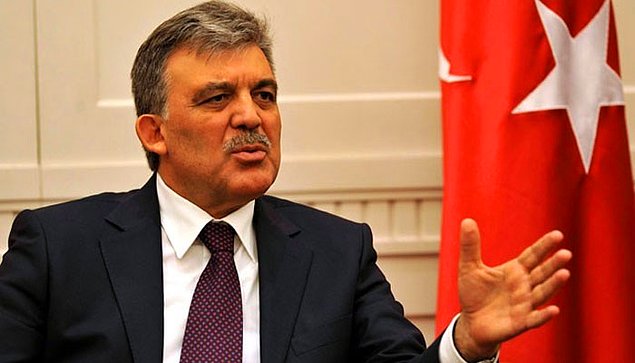 Former President Abdullah Gül has said the most important thing in a country is to create an environment in which people will not even imagine staging a coup as he responded to questions from a parliamentary commission investigating a failed coup attempt on July 15.

In a nine-page document, Gül answered 27 questions sent to him by the parliamentary Coup Investigation Commission.

“The important thing is to create an environment in a country where the thought of a coup will not even occur to people,” he said.

The president said Turkey needs to take lessons from the coup attempt, which led to the killing of more than 240 people and injured a thousand others when a group of military officers in the Turkish Armed Forces (TSK) attempted overthrow the government.

“A democratic system of high standards that will secure democracy, supremacy of law and fundamental human rights and is based on separation of powers should be built,” he said.

Immediately after the putsch, the government along with President Recep Tayyip Erdoğan pinned the blame on the Gülen movement.

In his answers, Gül also denied having any link with the Gülen movement or Fethullah Gülen.

He also said he finds it right for the state to seize property belonging to the movement but he thinks it is wrong to seize companies that belong to individuals or families due to their alleged links to the Gülen movement.

The Turkish government has seized thousands of companies and businesses on the grounds that they had links to the Gülen movement.