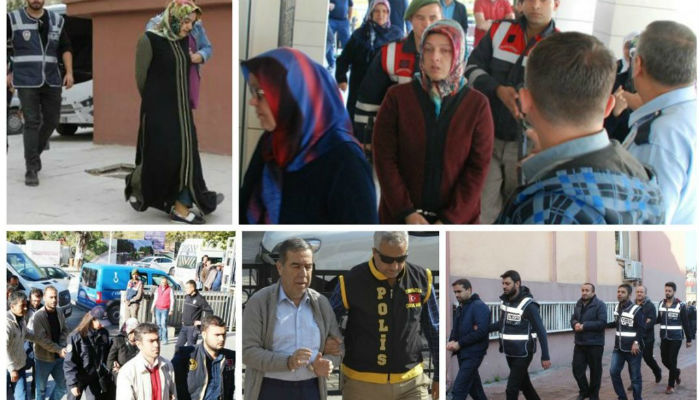 A huge cleansing of Turkey’s state and other institutions is continuing as people from all walks of life find themselves hunted down and taken into custody over alleged or real links to the Gülen movement, which the government accuses of masterminding a coup attempt in Turkey on July 15.

At least 236 people were arrested while 352 others were detained over coup charges over the past 24 hours, according to Turkish news agencies.

Detentions and arrests were made in at least 21 provinces across Turkey. With most of the arrestees being civil servants, those arrested over the past day also included teachers, police officers and a dentist.

Among those detained are businessmen, nurses, civil servants, engineers, teachers and lawyers.